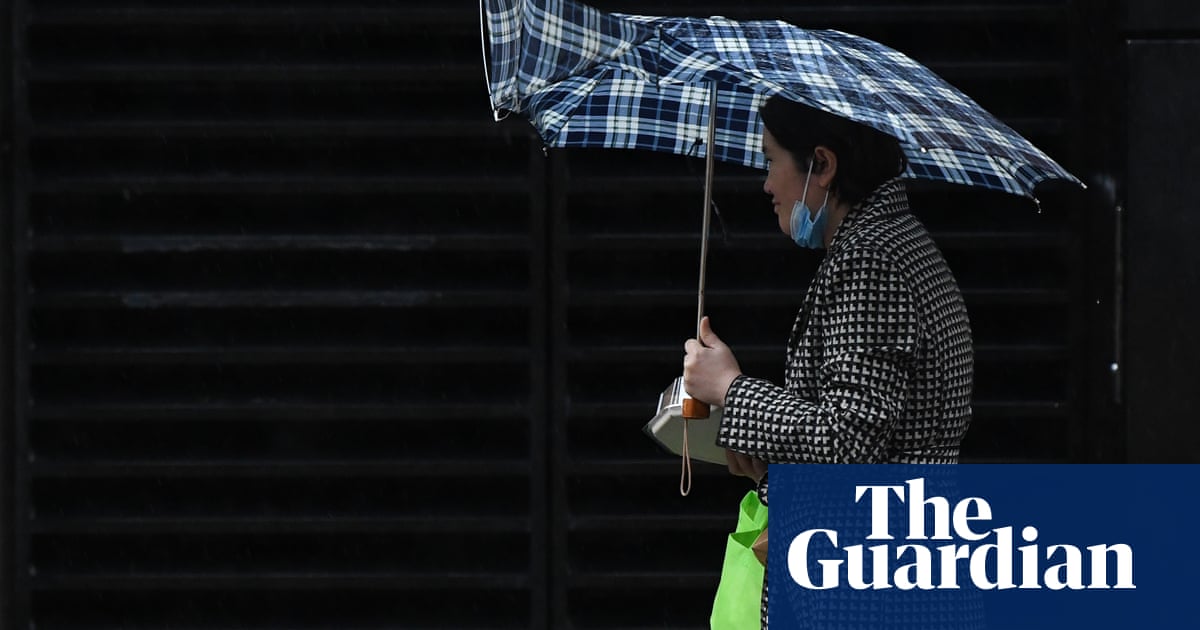 Large swathes of Australia are set to be drenched and shivering, with heavy falls and lower than average temperatures forecast from the country’s north to Tasmania.

The next five days will see rain from the Top End through to the eastern interior, with peak falls predicted on Wednesday, and falls continuing in large parts of NSW and southern Queensland across next weekend.

Showers will increase the risk of flooding for inland communities recently hit by inundation, including some where floodwaters have still not receded.

Showers and thunderstorms will extend from the Northern Territory to Adelaide and South Australia on Monday into Tuesday, with rain and storms also hitting western Queensland, western NSW and and north-west Victoria by Tuesday, Bureau of Meteorology meteorologist Jonathan How said.

The worst of the heavy falls are forecast for Wednesday, with showers from north-east Queensland extending west to inland NSW and northern Victoria along with gusty easterly winds on the southern coast.

Showers, storms and strong winds will increase on Wednesday evening and Thursday in northern Tasmania, while easing elsewhere.

By the weekend, a low pressure system will drag further showers onshore across the east coast, bringing more rain to much of NSW and southern Queensland.

By Friday, widespread falls of up to 50mm are likely in southern inland Queensland, much of NSW, northern Victoria and northern Tasmania.

Another low pressure system will form by the weekend, leading to further rainfall across much of NSW and southern Queensland.

A number of communities in southern Queensland, inland NSW and northern Victoria are still dealing with flooding after heavy falls last month, and the BoM expects to issue further flood watches this week.

Residents who live in flood-prone catchments should follow advice in the coming days, as already saturated catchments are likely to rise quickly, How said.

Temperatures will also dip below average for spring, as cloud cover and persistent rain combine to push the mercury into the low 20s on the east coast, and below 20C on the southern coast.

Winds of up to 90km/h are predicted for Tasmania, including over King Island, which is unusual for the area and could lead to trees falling, the Tasmania SES acting director, Leon Smith, said.

He said the heavy rainfall could also lead to river rises, and urged Tasmanians to prepare their properties ahead of the severe weather.