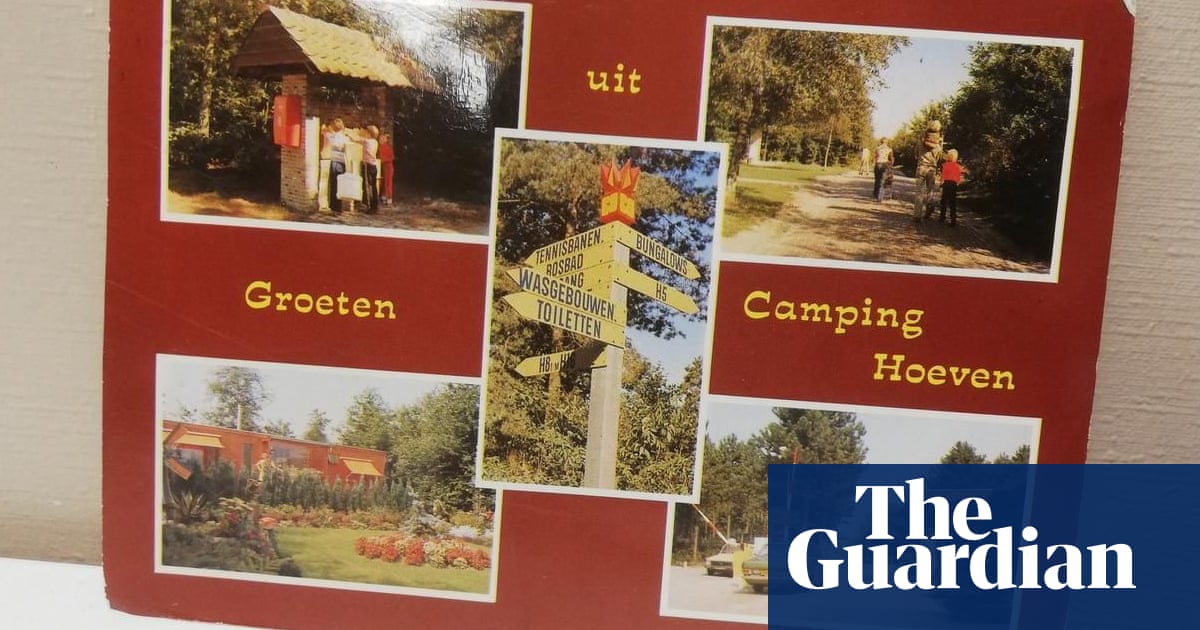 A 64-year-old Dutch woman has welcomed the news that she is finally to receive a postcard from her sister, despite it arriving 42 years late.

The card, saying simply “Greetings”, signed Veronica, Jan and Matthijs and addressed to Ludwina and Piet Verhoeven in Nieuw-Vennep, south-west of Amsterdam, was posted in the summer of 1980 from Hoeven in the southern province of Brabant.

Featuring an attractive selection of views of the local campsite, including a sign to the shower block and toilets, it was returned to the site by the Dutch post office last week – more than four decades after it was sent – marked “invalid/incomplete address”.

“My sister Veronica sent that card,” Ludwina Verhoeven told the local broadcaster Omroep Brabant. Both her husband, to whom it was also addressed, and brother-in-law, who co-signed it, have since died. “Jan is my brother-in-law; he died four years ago. My husband, Piet, left us in February. That is why I think it is very special to receive this card.”

Verhoeven said her son had seen local news reports about the card’s unlikely reappearance on social media. She called her sister, who dug out her old photo albums and found she had, indeed, holidayed at Camping Hoeven in 1980.

Verhoeven said she was not sure why the card had not been delivered to her at the time. “The address on it is the right one,” she said. “In fact, I still live there. And how come it has suddenly resurfaced now?”

The Dutch post office was at a loss to explain. “In the past, when the mail was sorted manually, cards sometimes got lost,” a spokesperson told the public broadcaster NOS. “Or it could have been delivered to the wrong address in 1980 and stayed there until now.”

Camping Hoeven – which has since been renamed – said it would be forwarding the card to Verhoeven imminently. “It’s in excellent original condition,” an employee told the broadcaster. “So we’ll probably send it in an envelope.”