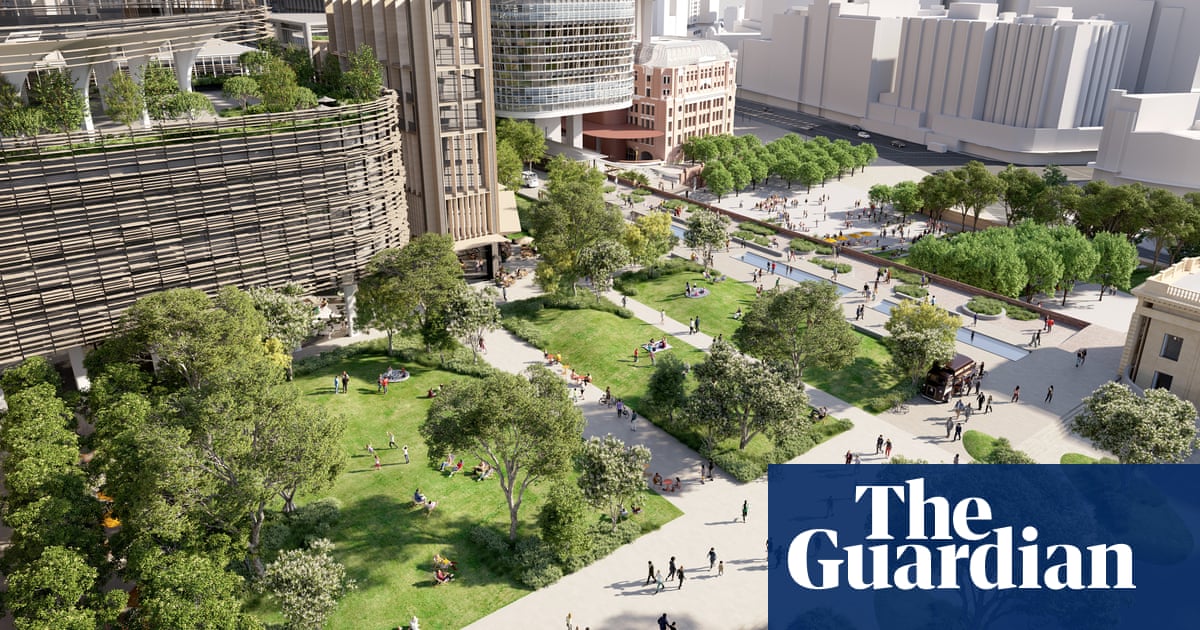 The National Trust has criticised the New South Wales government’s plan to revamp and reimagine Sydney’s Central station, claiming that the scheme “presents a genuine and very real threat to Australia’s greatest station”.

The trust’s NSW conservation director, David Burdon, wrote to members of the public and organisations for “help in saving the iconic Sydney Central station”, citing concerns over the scale and impact of the plan that would build over a portion of the heritage-listed site.

“If this proposal is accepted in its current form … then the entire rationale and value of heritage listing in NSW must seriously be reconsidered,” Burdon said.

The proposal to overhaul the station precinct was unveiled in August by the premier, Dominic Perrottet, and the outgoing cities minister, Rob Stokes.

The “once in a generation” scheme would see parkland, homes and workspaces built over the rail lines leading into the station, rejoining Surry Hills to Ultimo after the inner city suburbs were separated by tracks in 1874.

It would see a bridge constructed over the busiest lines in the country that would hold 15 mixed-use buildings, ranging from four to 34 storeys.

In his plea, Burdon said the key attributes of Central Station that made it important, including its role as a “major public transport terminal of civic importance”, would be lost if the plan proceeded as proposed.

He argued many key features would be lost, including important views like that of the Central Clock Tower, which he said would have less prominence under the plan.

Burdon also said the development would mean steam locomotives could no longer use the station – a claim Transport for NSW has denied.

He said the tallest of the buildings would form a wall between Surry Hills and Ultimo and as such would not re-connect the areas as intended.

The government said the project included plans to “preserve, protect and enhance the history” of the station.

“Transport for NSW has engaged with many stakeholders,” a spokesperson said.

“The plans have been on public exhibition as part of the state significant planning process, and are currently being assessed by the Department of Planning and Environment prior to NSW government approval.

“While we value the input of the National Trust, many of the claims are inaccurate.”

Transport for NSW also said new views of the Central Clock Tower would be created through the development.

Burdon said the trust was not opposed to the renewal of Central Station, but that the plans could be better.

“There are many ways it can and should be improved, including helping to heal the enormous scar between Surry Hills and Ultimo, and making it a safe and enjoyable place for all who visit or pass through,” he said.

While the project has been largely welcomed, some have also criticised it for not going far enough on housing, connectivity and future-proofing.

Last month, Steve Mann, chief executive of the Urban Development Institute of Australia, said the government should raise the 15% affordable housing goal on the project to 30%.

Prof Elizabeth Mossop, dean of architecture at the University of Technology Sydney, said the proposal was “driven by real estate, economic thinking, rather than city-making thinking”.

The period for public feedback was due to end on 19 September but has been extended until 4 October. The trust will also make a formal submission.