Three Sydney ferries taken out of service after steering problems 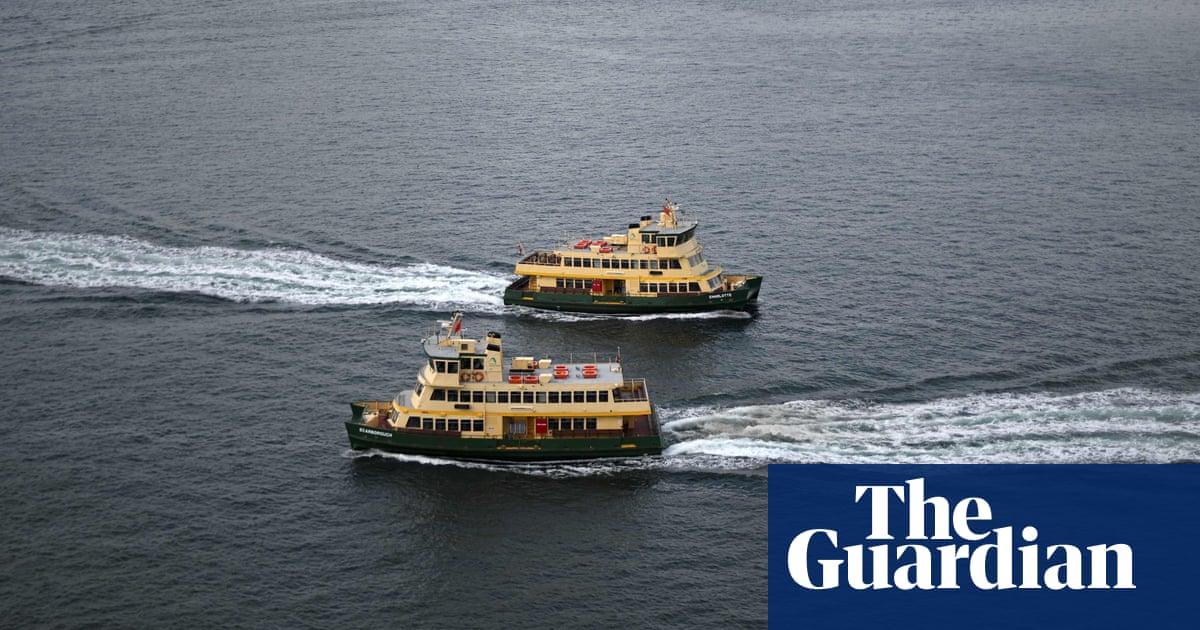 Three second-generation Emerald-class Sydney ferries have been pulled from service on the harbour and a review of the fleet ordered, after two vessels developed steering issues in recent days.

The immediate review of the second generation Emerald-class fleet has been ordered by the New South Wales transport minister, David Elliott, who said Transport For NSW would provide him with a report within two weeks.

“The review will determine the cause of the issue and whether it is linked to the issue affecting the Clontarf on Sunday,” Elliott said.

The Office of Transport Safety Investigations and Australian Maritime Safety Authority have also been notified.

The premier, Dominic Perrottet, said occasional public transport issues are par for the course, with disruptions to ferry, bus and train fleets expected from time to time.

“There are always mechanical challenges with fleets,” Perrottet said on Tuesday.

“My expectation is that those ferries are back on the water as quickly as possible, and that there is minimal disruption to that service.”

Such problems were rare on the second-generation Emerald ferries despite the two incidents, the managing director of Sydney Ferries, Loretta Lynch, told ABC radio.

Three steering issues had been recorded since the Emerald ferries took to the harbour in July last year.

The Fairlight encountered difficulties while carrying passengers from Manly to Circular Quay shortly before 5pm on Monday.

The ferry master regained control of the vessel within seconds and returned to the wharf to drop off the passengers, Lynch said.

The incident happened after another ferry, the Clontarf, also had a steering failure on Sunday.

A third ferry, the Balmoral, has also been taken off the harbour as a precaution, a Transport for NSW spokesperson said.

“While assessments are being undertaken to determine the cause of the issue, the [second-generation Emerald-class] vessels remain out of service while tests can be conducted,” the spokesperson said.

“Customers will experience a similar timetable to normal today with interim arrangements put in place to service the Manly to Circular Quay route.”

The opposition leader, Chris Minns, labelled the situation “a joke”.

“This is solely because [of] Perrottet and the Liberals’ obsession with buying overseas-built ferries, trains and trams,” Minns said.

“It’s cost thousands of jobs and billions of dollars, and they can’t even be used.”

Last month the state government announced the return of the iconic Freshwater ferries for weekday operations, less than a year after the larger boats were removed from operation.

First launched in the 1980s, their recall came after the Emerald-class ferries were plagued with operational issues.

Cracks were found in hulls, windows shattered on the water and they struggled to operate safely in high swells or dock at very low tides.