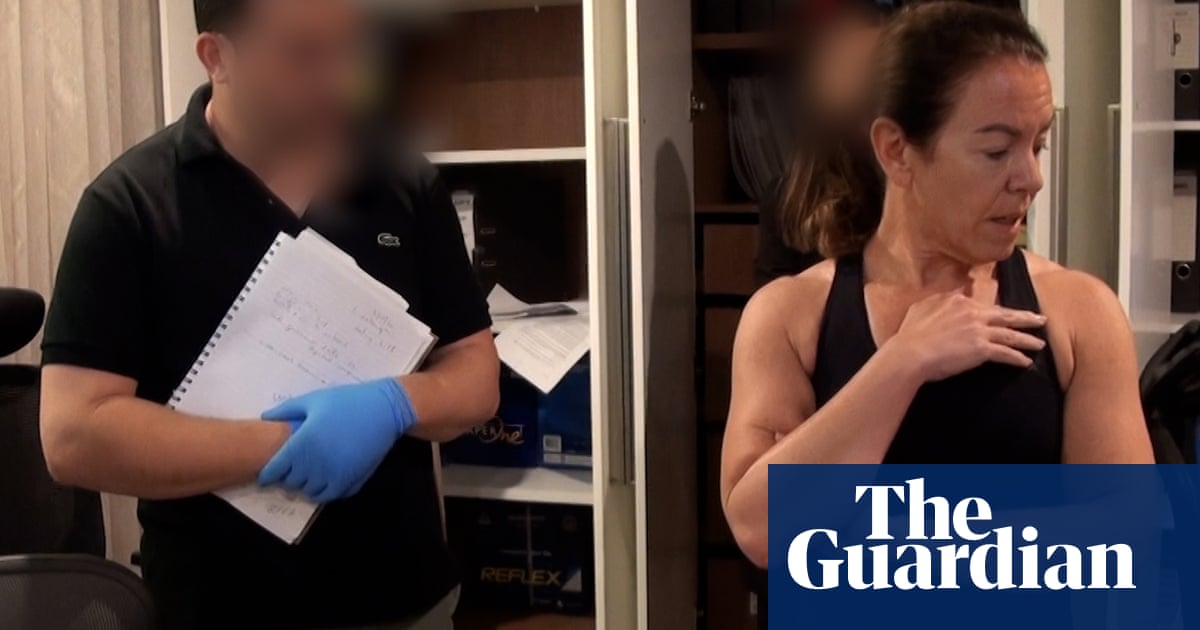 An investigator from the corporate watchdog has denied feeling responsible for Melissa Caddick’s suspected death, after the fraudster’s brother made the suggestion.

Isabella Allen from the Australian Securities and Investments Commission (Asic) said Adam Grimley asked her the loaded question in June 2021.

Allen told the New South Wales coroner’s court on Monday that Grimley had asked her: “How do you feel being responsible for Melissa’s death?”

“Do you feel responsible for her death?” her lawyer John Sutton asked.

She also denied the accusation that Asic officers were “parading” around the expensive luxury items they were seizing from Caddick on 11 November 2020.

Allen said she did not see anyone putting on Caddick’s clothing or hanging jewellery around their neck, “giggling and laughing”.

The last verified sighting of Caddick was filmed when Asic and the Australian federal police raided her mansion that day.

Caddick’s husband, Anthony Koletti, has since made several complaints to police about Allen’s behaviour during the raid.

Caddick’s mother, Barbara Grimley, holds Asic responsible for her daughter’s suspected death, saying she was highly distressed during the raid and was not allowed any food or water.

Allen described the suggestion she was to blame for the current situation “as fantasy”.

The AFP’s Const Amelia Griffen shadowed Caddick for most of the 12-hour search and confirmed she made herself a protein smoothie in the morning.

“I recall having a conversation with her that she was free to roam around the premises if she wished to do so,” Griffen said.

Allen confirmed during the raid Caddick was observed filing her nails “from time to time,” and taking a nap in the afternoon.

She did not appear anxious at all and only showed emotion, a “look of horror,” when her wedding rings “clanged” as they were put into a ziplock bag, she said.

Allen led the formal investigation into the alleged conwoman’s Ponzi scheme operated under her fake company Maliver, from 8 September 2020.

About August 2020 Dominique Ogilvie, one of her investors, had a chance encounter with Jennifer Porter, whose Australian financial services licence Caddick was illegally using as her own.

Asic conducted a telephone interview with Ogilvie about the investigation on 14 September.

“We said if [Ogilvie] were to run into Ms Caddick or have subsequent phone calls or speak to her, she could speak to her freely but keep the contents of our conversation confidential,” Allen said.

Data obtained from Caddick’s mobile phone indicated her searching for shredding services that evening, and a day later booked the services of Shred-X.

Allen said following the extensive search warrant her team looked closely at some of the evidence shredded.

She determined it was not the result of Caddick being “tipped off by anyone”.

Meanwhile, her luxurious five-bedroom, four-bathroom eastern suburbs home has come on the market, boasting uninterrupted and expansive views of Sydney harbour and a “stunning pool”, which receivers hope will fetch at least $10m.

Koletti reported the 49-year-old as missing about 30 hours after he said she walked out of their home for the last time on 12 November about 5.30am to “go for a jog”.

In February 2021 Caddick’s decomposing foot encased in an Asics shoe washed ashore at Bournda beach on the NSW south coast, about 400km south of Sydney.

She allegedly targeted on mostly friends and family, and stole up to $30m between 2013 and 2020, the counsel assisting the coroner, Jason Downing SC, earlier told the court.

The inquest before the deputy state coroner, Elizabeth Ryan, continues.