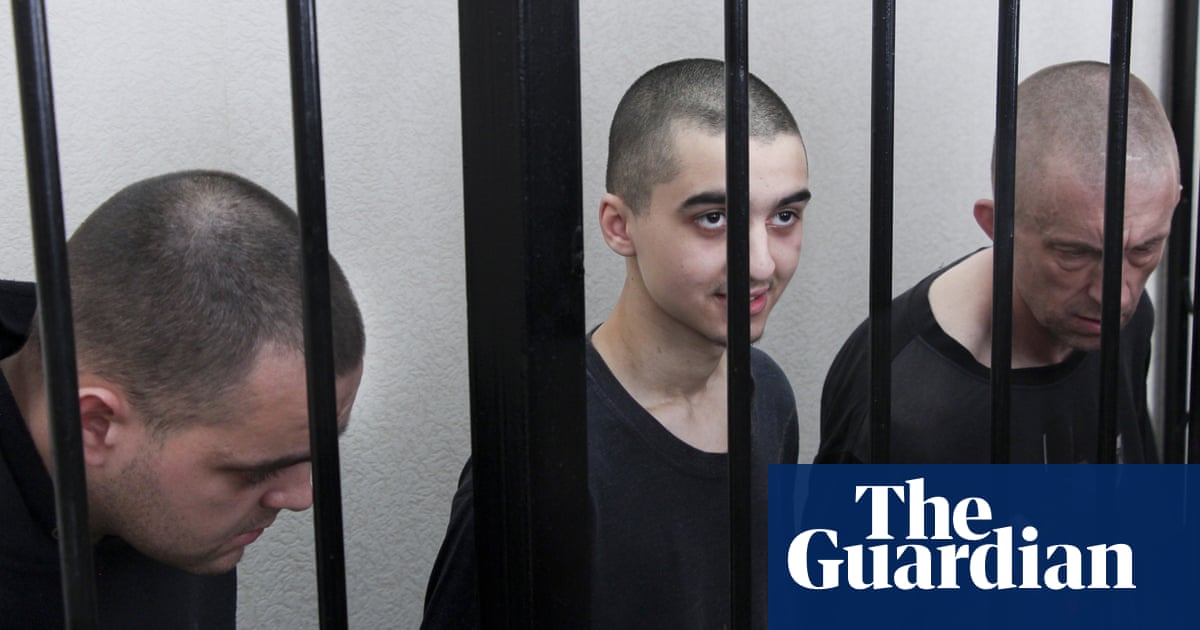 It would be cynical to see Saudi Arabia’s efforts to secure the release of international prisoners held by Russian proxies in Ukraine as an attempt to improve the country’s image after the killing of Jamal Khashoggi, its foreign minister has said.

Adel al-Jubeir said on Friday Riyadh had first approached the UK government in April, shortly after Aiden Aslin, a British citizen, and others were captured at Mariupol, and had acted for compassionate reasons, hoping to negotiate their release.

Asked if it was a rare opportunity to repair relations with the west, the minister said: “I think that’s a very cynical view. What we saw, what the kingdom’s leadership saw, was an opportunity to achieve a humanitarian breakthrough to facilitate the return of these detainees to their families. And that’s the motivation.”

Saudi Arabia, which has sought to take a softer stance on Russia following the outbreak of the war, has previously said Crown Prince Mohammed bin Salman was involved in a major diplomatic effort that also appears to have involved the former Chelsea football club owner and billionaire Roman Abramovich.

One of the five Britons released, Shaun Pinner, recognised Abramovich on the plane flying them out from Russia to Riyadh earlier this week and approached him to ask if he was the former football club owner, according to a report in the Sun.

Another of those released, John Harding, recounted the exchange that followed between the two men. “He went over to him on the plane and asked where he was from and Roman said ‘London’.

“Then Shaun said, ‘You really look like Roman Abramovich’ and he replied, ‘That’s because I am him, sir’. He couldn’t believe it.”

Five Britons were among 10 people facing the death penalty from pro-Russia separatists who were released unexpectedly earlier this week. They had all been accused of fighting as mercenaries on behalf of Ukraine, and had been put on trial in breach of the Geneva conventions covering prisoners of war.

Aiden Aslin, 28, returned to his family home near Newark on Thursday, as did the other Britons, including Pinner, with whom he was put on trial in June. Aslin, Pinner and the Moroccan Brahim Saadoun, also released this week, had been sentenced to death in a ruling condemned internationally.

Abramovich has not confirmed the reports but the billionaire, who was forced to sell Chelsea after Russia invaded Ukraine, had appeared at unsuccessful peace talks between the two sides in Istanbul in March. He is not on the US sanctions list, partly because Ukraine has told Washington he acts as a mediator.

Al-Jubeir said the mediation was “an initiative” led by Bin Salman dating back to April. “We learned about the issue of these foreign detainees and he engaged with the UK and others and of course, with Russia and Ukraine, to work towards the end of getting them out,” the foreign minister added.

The Saudi minister said that the deal to exchange the 10 foreign nationals was linked to a separate, larger deal to exchange prisoners between Ukraine and Russia. “That exchange only happened when the 10 nationals arrived in Saudi territory and were verified and that allowed the other exchange to go ahead,” al-Jubeir said.

That implied Ukraine had wanted Russia to show good faith before it released the pro-Russian oligarch Viktor Medvedchuk and 55 other prisoners, in return for 200 soldiers and five commanders of the Azov battalion who led the defence of Mariupol. That deal also involved mediation from Turkey’s presiden,t Recep Tayyip Erdoğan.