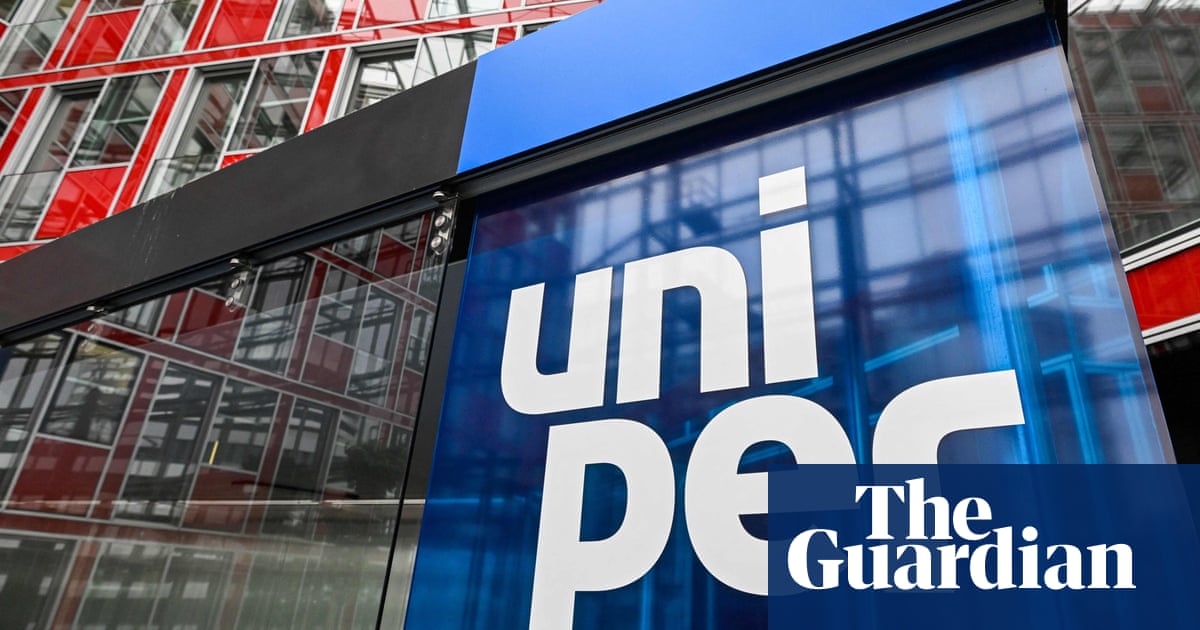 The embattled gas importer Uniper has entered talks with the German government over a possible nationalisation, the company has said.

The terms under discussion would increase the state’s holding in the faltering energy giant to 50%.

The German state took a 30% stake in the group in a rescue package in July, amounting to about €15bn. Credit lines were further extended by about €4bn last month but the situation has worsened since Russia severed gas supplies to Germany via the Nord Stream 1 pipeline, forcing Uniper to find alternatives.

The Düsseldorf-headquartered company said on Wednesday discussions over its future, together with its major shareholder the Finnish utility Fortum, were aimed at “finding a long-term solution”.

Uniper has been driven to the brink of bankruptcy, forced by the lack of pipeline gas to compete on the spot market to buy ever more expensive supplies of LNG gas, which arrives by ship, to fulfil its contracts.

Germany’s economy minister, Robert Habeck, has been candid in recent weeks about the need to save the company, saying its failure risks a significant collapse of the German energy sector.

He has warned the energy shock could be as catastrophic as the Lehman Brothers crash that triggered mass economic decline and panic on the financial markets in 2008.

The economy ministry declined to comment on the talks on Wednesday. But Uniper said its situation had worsened considerably since Russia’s indefinite suspension on 3 September of all gas flows through the Nord Stream I pipeline after impromptu maintenance work.

Moscow said stoppage was caused by a leak in the pipeline, the repair of which it said was hampered by the sanctions that had been imposed on it. The German government has called the explanation “a ruse”.

Among the solutions Uniper said were being discussed by the three parties were a direct equity increase, which could lead to the government owning a significant majority stake in Uniper.

According to some reports, unconfirmed by officials, the government has expressed its openness to fully nationalising the company.

Uniper said: “Since the signing of the stabilisation deal (in July) the European energy crisis has escalated further, due to the fact that right now no Russian gas shipments are being delivered through Nord Stream I, and gas as well as electricity prices are very high and volatile as a result. Consequently since July, Uniper’s financial losses due to higher gas procurement costs have significantly increased.”

The energy company VNG, another German gas importer, has also asked for state help. It applied for money from a so-called gas levy fund, which is to be introduced on 1 October.

The levy, which has been highly controversial, is meant to stop an avalanche of bankruptcies among gas importers. All gas consumers in Germany will be required to pay it, which will add an extra 2.4 cents to every kilowatt hour of gas used.

Habeck has pledged to ensure the levy will not be available by companies that have profited from rising energy prices.