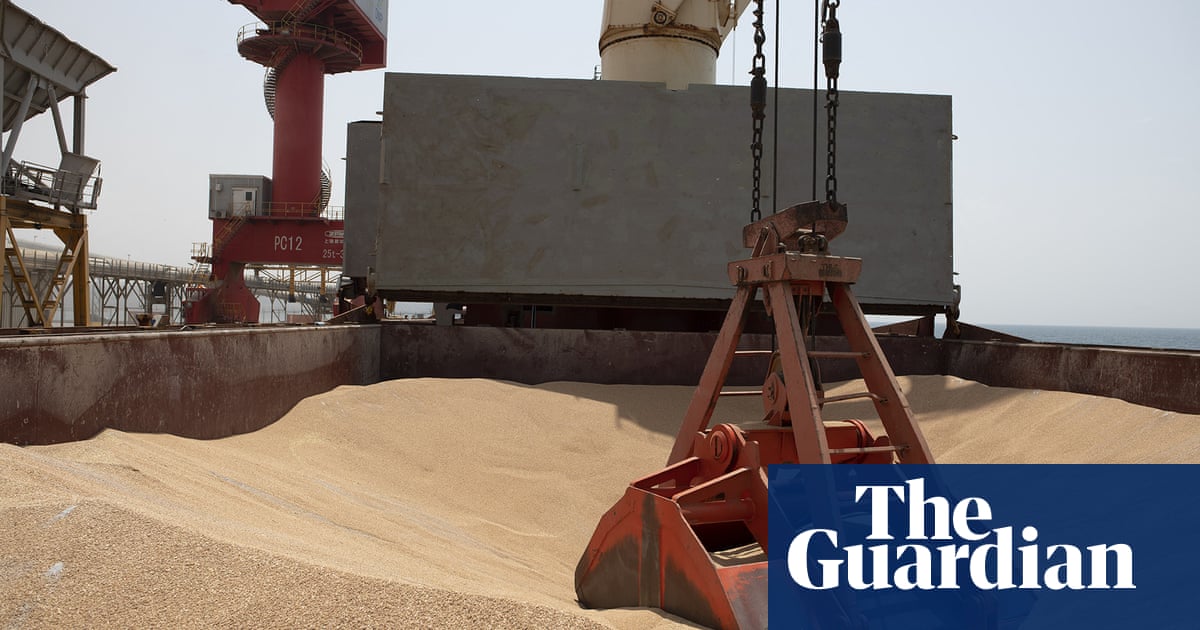 The first ship carrying grain from Ukraine for people in the hungriest parts of the world has docked at Djibouti, on the Horn of Africa, as areas of east Africa are badly affected by deadly drought and conflict.

Food security experts say it is a drop in the bucket for the vast needs in the worst-hit countries of Somalia, Kenya and Ethiopia, the country to which the shipment is going. But the flow of Ukrainian grain to other hungry parts of the world is expected to continue, with another ship leaving on Tuesday for Yemen. The UN World Food Programme has said it was working on multiple ships.

The WFP said this first shipment of grain would be sent overland to northern Ethiopia, where millions of people have been affected by the Tigray conflict, which flared up again last week.

How any of the grain will reach Tigray is in question, as humanitarian deliveries by road and air have been suspended during fighting between Tigray and Ethiopian government forces. However, Ethiopia’s neighbouring Amhara and Afar regions are expected to benefit.

The WFP has said the 23,000 metric tonnes of grain on the first ship are enough to feed 1.5 million people on full rations for a month. But the UN has said in Tigray alone, 2.4 million people are facing severe food shortages and that 20 million people across Ethiopia face hunger.

Millions of other people in the Horn of Africa region are going hungry because of drought, and thousands have died. Somalia has been especially hard hit because at least 90% of its grain came from Ukraine and Russia before Russia invaded Ukraine in February.

Food security experts have said it could take weeks for people in African countries to receive grain from Ukraine, and even longer for the grain to bring down high food prices that have caused despair and provoked protests in many countries.

Far more ships carrying grain from Ukraine have been going to richer regions, such as Europe, than to Africa, as business contracts are fulfilled.