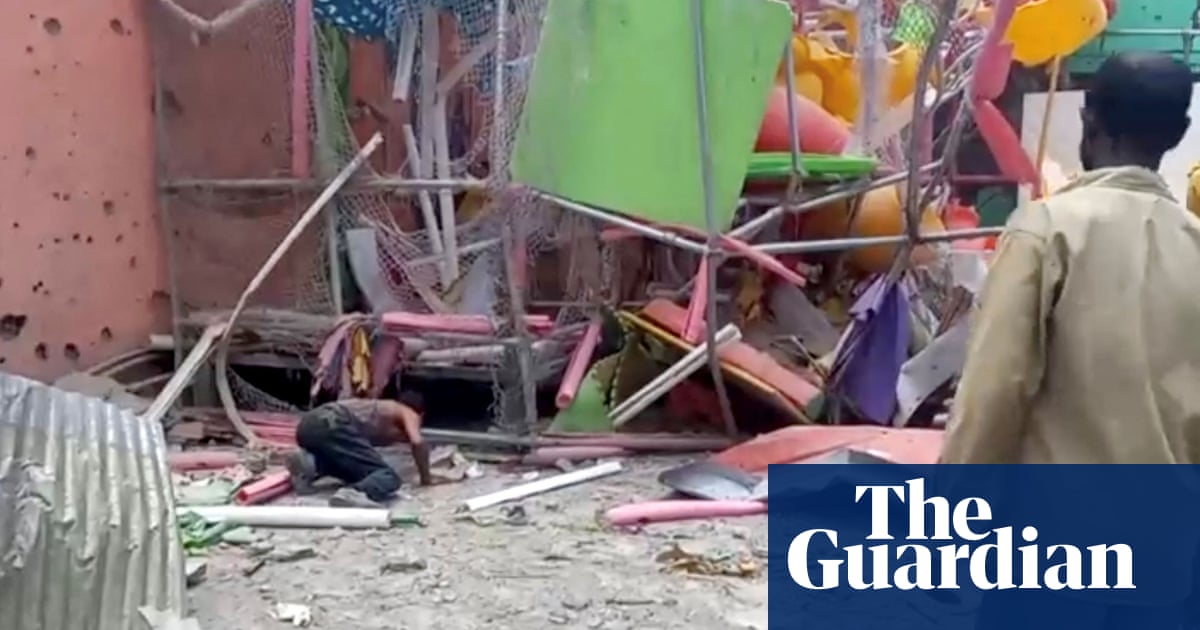 An airstrike on a children’s playground has killed at least seven people in the capital of Ethiopia’s northern Tigray region, medical officials there said, in the first such attack after a four-month-old ceasefire collapsed this week.

The officials said three children were among the dead but a federal government spokesperson denied any civilian casualties.

The airstrike on Mekelle on Friday took place two days after fighting broke out again between the national government and Tigrayan forces on the border of the Tigray and Amhara regions, shattering the ceasefire.

Tigrai Television, controlled by the regional authorities, blamed the federal government for the strike. No other military aircraft operate in Ethiopian airspace.

The Ethiopian government subsequently urged residents of Tigray to stay away from military facilities, saying it intended to “take actions to target the military forces”.

Kibrom Gebreselassie, chief executive of Ayder hospital, said on Twitter the hospital had received four dead, including two children, and nine wounded. He said the strike had hit a children’s playground.

Some media reports called the site a kindergarten. It was not clear if there were any military facilities nearby.

Footage published by Tigrai TV showed a building with the roof blown off, revealing a twisted jumble of slides and emergency workers carrying a stretcher from behind a damaged pink wall painted with a giant butterfly.

Fasika Amdeslasie, a surgeon at Ayder Hospital, said a colleague at Mekelle Hospital told him it had received three more bodies – a mother and her child and another unidentified person – bringing the total number of dead to seven.

“Their bodies were torn apart,” he said. “I have seen their bodies myself.”

The surgeon said that restrictions on medical supplies entering Tigray meant the hospital was short of vital supplies, including intravenous fluids, antibiotics and pain killers.

The Ethiopian health minister, Lia Tadesse, did not immediately respond to requests for comment on the shortages.

A humanitarian source in Mekelle confirmed hearing an explosion and anti-aircraft gunfire in the city on Friday.

Government airstrikes have previously killed civilians, investigators say. In January, a drone strike killed 56 people and injured 30, including children, in a camp for displaced people in Dedebit, according to witnesses. The government did not respond to requests for comment.

War erupted in Tigray in November 2020 and spread to the neighbouring regions of Afar and Amhara a year ago. Last November, Tigrayan forces marched towards Addis Ababa but were driven back by a government offensive.

A ceasefire was announced in March after both sides fought to a stalemate and the government declared a humanitarian truce, allowing badly needed food aid into the region.

When fighting erupted this week, both blamed each other.