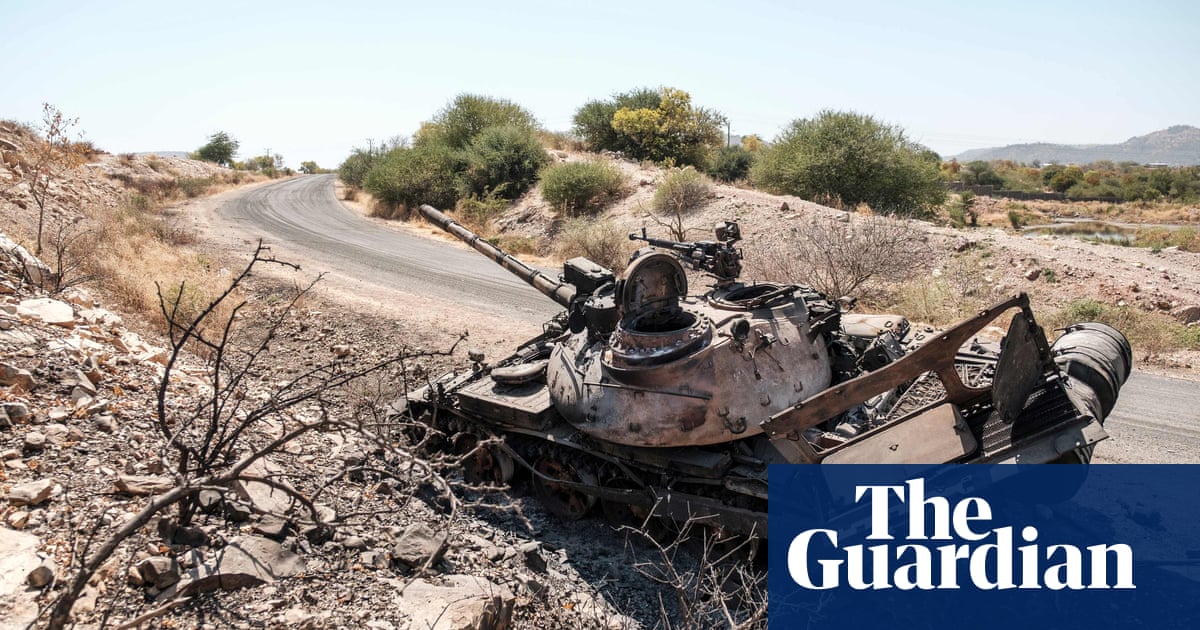 Fighting has erupted between government forces and Tigrayan rebels in northern Ethiopia, shattering a five-month truce between the warring sides.

Both have repeatedly blamed the other for a lack of progress towards negotiations to end the 21-month conflict in Africa’s second most populous nation.

The Tigray People’s Liberation Front (TPLF) said government forces and their allies had launched a large-scale offensive towards southern Tigray early on Wednesday. The government accused the TPLF of striking first, saying it had “destroyed the truce”.

The rival claims could not be independently verified as access to northern Ethiopia is restricted, but there were reports of fighting around southern Tigray, in areas bordering the Amhara and Afar regions.

Getachew Reda, a TPLF spokesperson, told AFP: “They launched the offensive early this morning around 5am local time. We are defending our positions.” He said on Twitter that the offensive had been launched “against our positions in the southern front” by the Ethiopian army and special forces and militias from neighbouring Amhara.

Ethiopia’s air force said it had shot down a plane carrying weapons for the TPLF that had encroached on the country’s airspace via Sudan. The date of the incident, the type of aircraft and how it was downed were not detailed.

The March truce paused fighting in a war that began in November 2020 and allowed a resumption of international aid to war-stricken Tigray after a three-month break.

The prime minister, Abiy Ahmed’s, government and the TPLF have been locked in a war of words in recent weeks, even as both sides raised the prospect of peace talks.

The two sides disagree on who should lead negotiations, and the TPLF insists basic services must be restored to Tigray’s 6 million people before dialogue can begin.

Abiy’s government says any negotiations must be led by the African Union’s Horn of Africa envoy, Olusegun Obasanjo, who is leading the international push for peace, but the rebels want the outgoing Kenyan president, Uhuru Kenyatta, to mediate.

William Davison, a senior Ethiopia analyst for the International Crisis Group, said all parties should cease fighting before “a return to full-blown war”. He said: “This serious breach of the truce agreed earlier this year demonstrates the need for the two parties to arrange unconditional face-to-face negotiations as soon as these hostilities cease. It is also a deafening warning to the key international and regional actors that they must immediately ensure peace talks actually occur.”

On Tuesday the Ethiopian national defence force issued a statement accusing the TPLF of seeking to “defame” the army by claiming government forces were moving towards their positions or shelling them with heavy weapons.

The conflict has killed untold numbers of people, and there have been widespread reports of atrocities, including mass killings and sexual violence.

Millions of people need humanitarian assistance in Tigray, the country’s northernmost region, and neighbouring Afar and Amhara. The UN’s World Food Programme said last week that nearly half the population in Tigray was suffering from a severe lack of food. “Hunger has deepened, rates of malnutrition have skyrocketed, and the situation is set to worsen as people enter peak hunger season until this year’s harvest in October,” it said.

The March truce allowed the resumption of desperately needed international aid convoys to Tigray’s capital, Mekelle, but fuel shortages made it difficult to distribute supplies.

Tigray is largely cut off from the rest of Ethiopia, without basic services such as electricity, communications and banking.

Abiy sent troops into Tigray in November 2020 to topple the TPLF after months of seething tensions with the party that had dominated Ethiopian politics for three decades. The 2019 Nobel peace prize winner said it came in response to rebel attacks on army camps.

The TPLF mounted a comeback, recapturing Tigray and expanding into Afar and Amhara, before the war reached a stalemate.

Last Wednesday an Ethiopian government committee tasked with looking into negotiations called for a formal ceasefire to enable the resumption of services to Tigray, as part of a proposal that it planned to submit to the AU.

“If you can’t win then you’ve got to sit down and talk,” Abiy said on Sunday. “My advice is … let’s have enough of [this] war.”