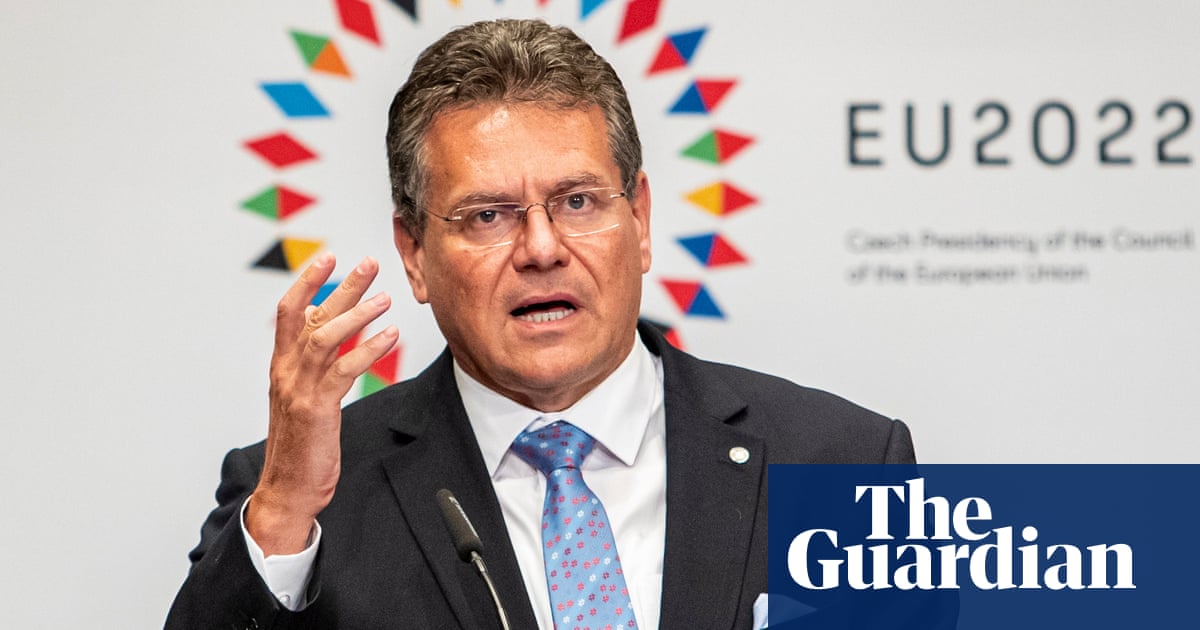 The EU has expressed its anger over the backing given by MPs for legislation overriding post-Brexit arrangements for Northern Ireland by launching a further four legal cases against the UK government.

The claims concern past failures to implement the 2019 deal agreed with Boris Johnson but the EU has been spurred to act by the passage through parliament of a bill that would rip up current arrangements.

On Wednesday, the Northern Ireland protocol bill cleared the House of Commons at its third reading – the final stage in the Commons – by 267 votes to 195, and will arrive at the Lords in the autumn.

The four new legal cases – which cite a failure to enforce EU customs and VAT, and excise rules – come on top of three other cases already in motion that are heading to judgment by the European court of justice.

The EU court has the power to impose multimillion-euro daily fines on the UK and its judgments could be the first step towards the bloc taking punitive action through mechanisms within the Brexit deals.

Maroš Šefčovič, the EU’s Brexit commissioner, has not ruled out tariffs being imposed on British goods sold into the EU, desscribing the terms of the Northern Ireland protocol bill as “illegal”.

In a statement on Friday, the commission said it was taking the legal action partly in light of “the continued passage of the Northern Ireland protocol bill through the UK parliament”, which was said to “go directly against” a spirit of seeking joint solutions to current issues.

Under the protocol agreed by Johnson in 2019, Northern Ireland in effect stays in the single market and the EU’s customs rules are applied down the Irish Sea to avoid a border on the island of Ireland.

Under the proposed legislation, the UK government would scrap checks for firms selling goods from Great Britain destined for Northern Ireland rather than the EU.

The UK government envisages the creation of a “green lane” of fewer checks for those selling goods heading for Northern Ireland and a “red lane” with existing checks for goods destined for EU countries.

EU officials say they did not see any major differences between this proposal and those tabled by the European Commission for an “express lane”.

However, the legislation would also allow companies in Great Britain exporting to Northern Ireland to choose between meeting EU or UK standards on regulation, which are expected to increasingly diverge. EU officials said this posed a risk to the single market and that the current arrangements and the failure to implement controls had already been a spur to smugglers.

Further measures include changing oversight of trade disputes so they are resolved by independent arbitration rather than the European court of justice.

Liz Truss, the UK foreign secretary who drafted the legislation, is the frontrunner in the race to be the next leader of the Conservative party and prime minister after the resignation of Boris Johnson. She has championed the Northern Ireland protocol bill as evidence that she takes “tough decisions”.