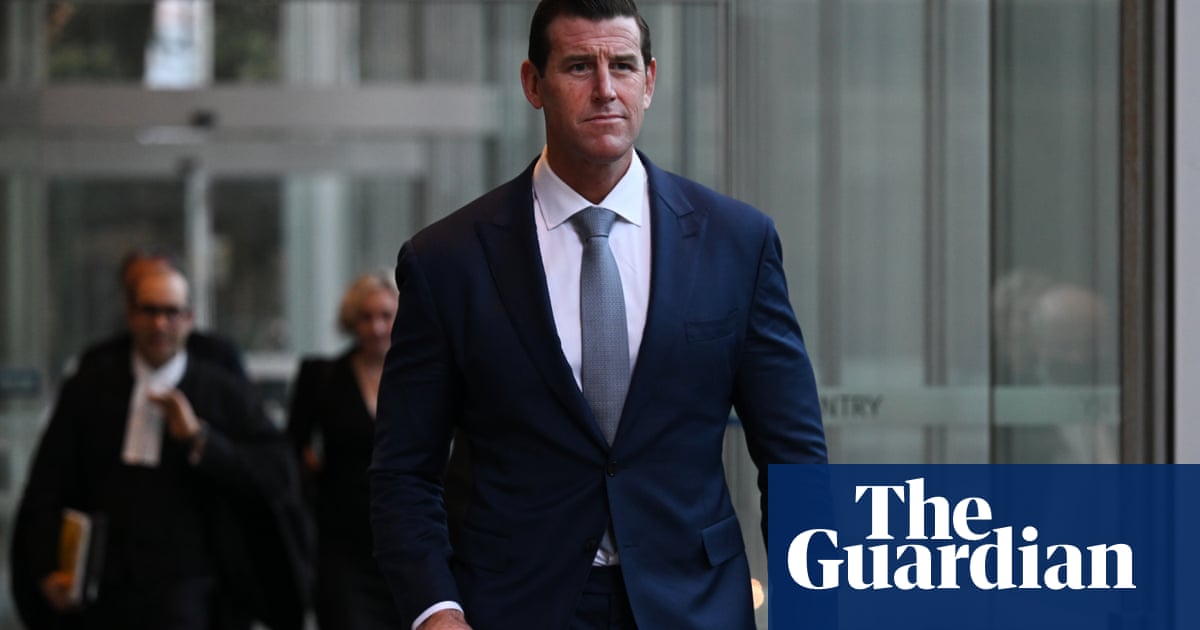 A powerful omertà within Australia’s SAS caused soldiers to “turn a blind eye to the most despicable and egregious breaches of the laws of war”, Ben Roberts-Smith’s long-running defamation trial has heard.

On the second day of closing submissions, Nicholas Owens SC, acting for the newspapers being sued by Roberts-Smith, said witnesses, including those called by the newspapers, were reluctant to report alleged war crimes because of a “pervasive culture” that forced new soldiers in particular to “toe the line” of the regiment’s culture.

“People were willing to turn a blind eye to the most despicable and egregious breaches of the laws of war,” Owens said, discussing the testimony of a junior SAS trooper who told the court he witnessed Roberts-Smith machine-gun to death an unarmed disabled man, and order another junior soldier to execute an elderly man during a mission in 2009.

“It is … a humanly understandable flaw in a person who has worked very hard to achieve something where there is a culture that says ‘don’t rock the boat’.

“It doesn’t reflect well on anyone.”

Another soldier on the same 2009 mission, raiding a compound codenamed Whiskey 108 in the southern Afghan village of Kakarak, told the court he saw Roberts-Smith kill the disabled man, telling the court he believed it was an “exhibition execution”.

Anonymised before the court as Person 24, he told the court he had been compelled by force of subpoena to give evidence: “I still don’t agree with the fact[Roberts-Smith] is here, under extreme duress, for killing bad dudes we went there to kill.”

Owens, in his closing submission, said Person 24’s reluctance to testify “rather removes any obvious motive to lie to get Mr Roberts-Smith in trouble when he is clearly troubled that Mr Roberts-Smith might suffer consequences for doing something he did not think was wrong”.

Roberts-Smith is suing the Age, the Sydney Morning Herald and the Canberra Times for defamation over 2018 reports he alleges defame him as a war criminal and murderer. He denies any wrongdoing.

The newspapers are defending their reporting as true, including allegations Roberts-Smith committed six murders while deployed to Afghanistan as a member of the SAS, was a bully and a perpetrator of domestic violence.

On Tuesday, Owens said the soldiers subpoenaed to give evidence by the newspapers were reluctant to appear in court, had not communicated or colluded, and had no reason to lie, but that, by contrast, Roberts-Smith, and the witnesses called by him, were motivated to present false evidence.

“The other side of the option for Your Honour, is a group of closely associated witnesses bound by ties of strong friendship, business, and in some cases, criminal interest,” Owens said.

“Each of whom has a powerful motive to lie, and each of whom, we say, gave dishonest evidence to Your Honour.”

Owens accused several of Roberts-Smith’s witnesses of “outright dishonesty”, giving evidence that was contradicted by documentary evidence and countervailing testimony before the court.

The court heard in significant detail submissions on evidence regarding one of the key allegations against Roberts-Smith: that the Victoria Cross recipient had been involved in the murders of two men discovered hiding in a tunnel at a compound called Whiskey 108, in the village of Kakarak in southern Afghanistan in 2009.

The newspapers allege the two men were unlawfully killed during the mission: one, a disabled man who had a prosthetic leg, was allegedly “frog-marched” outside the compound, thrown to the ground and machine-gunned to death by Roberts-Smith; the second, an elderly man, was allegedly murdered by an inexperienced Australian SAS soldier on the orders of his superior, Roberts-Smith, in a “blooding” incident.

Roberts-Smith denies the killings ever happened as alleged. He told the court consistently “no men came out of the tunnel”.

Roberts-Smith said he killed the man with the prosthetic leg, but encountered him outside the compound where the man was armed with a rifle, and running around a corner. The man was a legitimate insurgent target who posed a threat to Australian soldiers and was lawfully engaged and killed, Roberts-Smith told the court.

The newspapers allege the elderly man was executed on Roberts-Smith’s orders inside the compound’s courtyard, near to the entrance of the tunnel. Person 4, the junior trooper alleged to have been ordered to kill the man – and to have pulled the trigger – refused to answer questions about his actions at Whiskey 108, on the grounds of self-incrimination.

After initially telling the court the elderly man’s body was “dragged back behind the wall”, Roberts-Smith changed his evidence, saying he recalled the body was not moved after he was killed.

Owens told the court there was corroborated and unchallenged testimony the man’s body fell inside the courtyard, and was seen there by soldiers and documented as being there.

In his submission, Owens cited the testimony of the Australian soldier who documented the bodies of Afghan nationals killed on the mission: that soldier, Person 18, told the court the elderly man’s body was “inside the compound … roughly near the tunnel entrance”, and that his contemporaneous reporting on the body’s location – “NW CORN [north-west corner] Tunnel” indicated it was lying inside the tunnel courtyard.

Owens said photographs taken of the elderly man’s body show chopped grass near to his body, the kind that was found disguising the tunnel entrance, as well as cooking structures and a container of palm oil – items typically found inside, not outside, compounds.

It was submitted that this evidence was an “intractable problem” in Roberts-Smith’s version of events.

A judgment is not expected for several months.