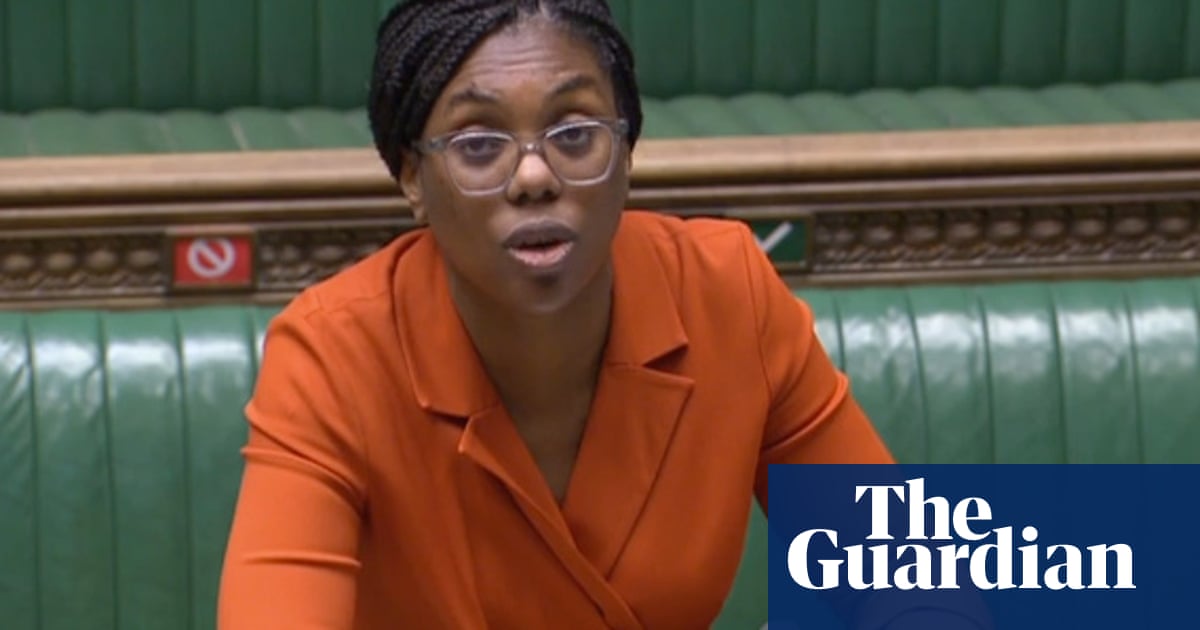 Ministers have hit back at Kemi Badenoch’s criticism of the online safety bill after the Conservative leadership contender said the delayed proposals were in “no fit state” to become law.

The flagship bill, which has been seen by some Tory MPs as a vehicle for censorship, has been shunted to the autumn after the government ran out of parliamentary time to push it through.

Responding to the delay, Badenoch tweeted that the bill would be overhauled if she became prime minister, stating: “We should not be legislating for hurt feelings.”

The culture secretary, Nadine Dorries, responded on Twitter by saying the bill would require tech platforms to deal with content encouraging others to take their own lives and asked if that could be defined as “hurt feelings”.

The tech minister, Damian Collins, who chaired the cross-party committee that scrutinised the bill, said Badenoch was “completely wrong” and that it set safety standards online. “Why would you want to stop that,” Collins tweeted.

The minister also tweeted on Thursday that Penny Mordaunt, a favourite in the Tory leadership contest, had confirmed to him that she would continue with the bill if she became leader.

The bill is due to return to parliament in the autumn but there is speculation that it could be changed significantly or dropped under a new prime minister and culture secretary.

The shadow culture secretary, Lucy Powell, defended the bill, describing Badenoch’s criticisms as “ill-informed” and telling her to “educate yourself”.

Tech firms will have to flag to users whether they will ban such content, downplay it in news feeds or freely allow it on their platforms. If they choose to allow legal but harmful content, they will need to provide users with settings to help them choose whether they want to be exposed to it or not.

The bill contains three new offences, for communications that are “false”, “threatening” or “harmful”. The latter offence was highlighted by the conservative thinktank director Robert Colvile, who co-wrote the 2019 Tory manifesto, as an example of a part of the bill that “legislates for hurt feelings”. Under the clause, a person commits an offence if they send a message intended to cause “psychological harm, amounting to at least serious distress”.

The new offences, however, are replacements for much broader offences that already exist in UK law and are repealed by the bill. The Malicious Communications Act 1988 and the Communications Act 2003 contain language that makes it effectively illegal to be rude on the internet.