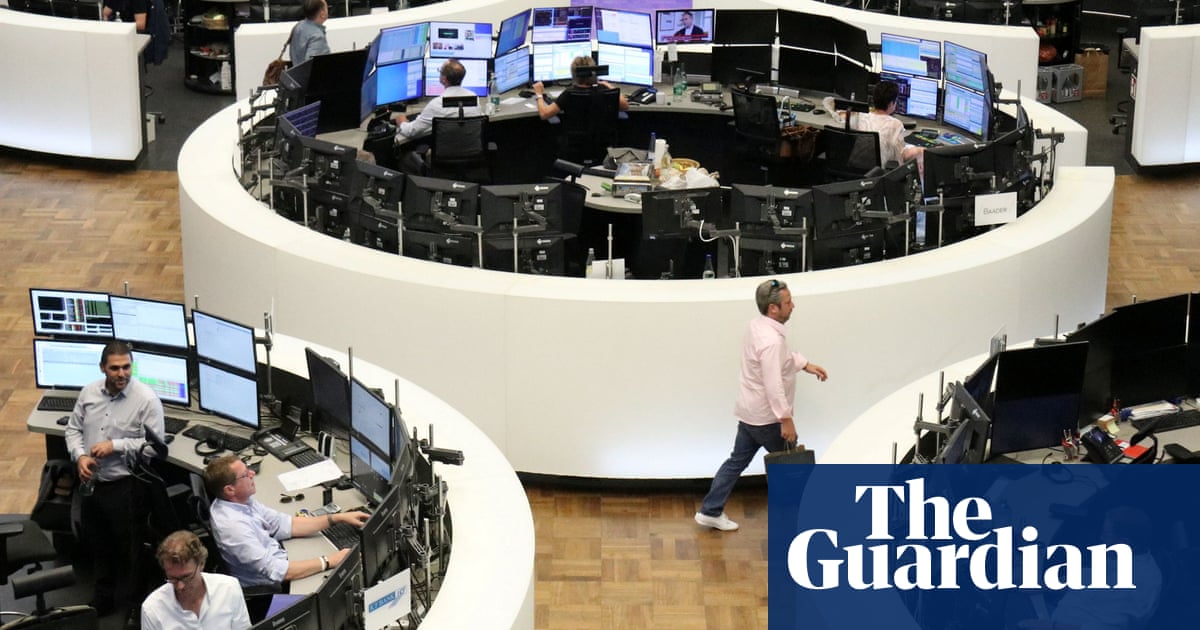 Rising worries about a European recession hit stock markets on Tuesday as the euro slumped to a two-decade low and the pound fell to its lowest since the start of the pandemic.

Shares tumbled in London and across Europe as a jump in natural gas prices intensified the strain on the European economy.

Oil also tumbled as recession fears mounted, with Brent crude diving 6% to below $107 a barrel, the lowest since mid-May.

Mining stocks, oil producers and airlines were among the big fallers in London, where the FTSE 100 share index had lost 182 points or 2.5% in afternoon trading. Anglo American and Glencore shed 7%, while BP and Shell fell 6%.

“Everyone is looking for peak inflation, but we’re probably at the point where it’s at its most dangerous as it becomes sticky,” Neil Wilson of Markets.com said.

“High and sticky inflation is the worst combination since it means expectations have been unanchored. This will only push the Federal Reserve and other central banks to inflict more pain.”

A jump in natural gas prices on Tuesday, after strike action forced Norway’s Equinor to shut three oil and gas fields, added to concerns over the economic outlook.

“The panic crept back in on Tuesday as a fresh surge in natural gas prices upset the uneasy calm,” said Raffi Boyadjian, the lead investment analyst at XM.

“Fears that the energy crisis in Europe is about to get a whole lot worse sank the euro, which plummeted to the lowest since late 2002, crashing below the $1.03 level. Aside from the threat of Russia cutting off gas supplies to Germany and other European importers, a strike at several gas fields in Norway is fuelling the supply concerns,” Boyadjian added.

A survey of purchasing managers showed that business growth across the eurozone has slowed to a 16-month low, as manufacturing output fell and the cost of living crisis hit spending on services.

Stocks fell in New York as traders returned to their desks after the Independence Day break. The S&P 500 index dropped 2% in early trading, having already slumped by 20% in the first half of this year.

The yield, or interest rate, on UK, US and eurozone government bonds also tumbled on Tuesday, as concerns about economic growth hit risk appetite and increased demand for safer assets.