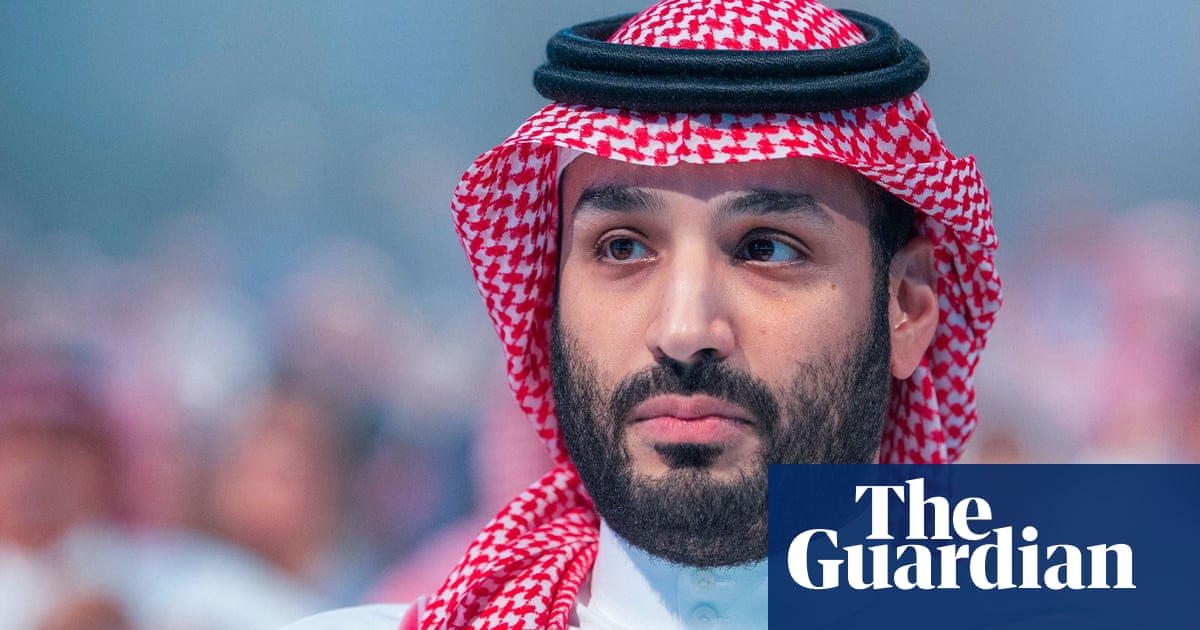 Family members of several US nationals who are being held in Saudi Arabia and Egypt were not invited to attend a recent call with Antony Blinken, the secretary of state, in a move that was called “infuriating and discriminatory” by one critic.

The apparent decision to exclude the families from a June 22 call between Blinken and relatives of US nationals who are hostages or otherwise wrongfully detained in Russia, Venezuela, Rwanda, and other countries, was made just weeks before Joe Biden’s controversial trip to the Middle East and an expected rapprochement between the US president and Saudi Arabia’s de facto ruler, Mohammed bin Salman, the crown prince.

Biden is due to visit Israel and Saudi Arabia later this month as part of a summit where oil production is likely to be high on the agenda, as well as a focus on improved relations between Saudi Arabia and Israel.

The trip marks a major change in Biden’s approach to Saudi. During his 2020 campaign for the presidency, Biden vowed to make Saudi Arabia a “pariah” to punish the kingdom and its young crown prince for ordering the 2018 murder and dismemberment of the Washington Post columnist Jamal Khashoggi.

Biden’s decision to abandon that pledge has been met by a sense of betrayal and anger by Saudi and other dissidents and human rights activists who say Biden is unlikely to make any practical gains from an unreliable partner.

Frustration among some dissidents and activists were heightened after Blinken held a call with families of hostages and other wrongfully detained US nationals in various countries – but not Saudi and Egypt.

Carine Kanimba, the American daughter of Paul Rusesabagina, the jailed Rwandan dissident, was on the call along with other families.

“Blinken reaffirmed the commitment of the US government to bring our loved ones back home,” Kanimba said. “Some people got to ask questions. We are all in the same situation.”

While Kanimba did not have access to a full invitation list – and one was not released by the state department – she said she believed the call was meant for families of individuals who have formally been designated as hostages or wrongfully detained under the Robert Levinson Hostage Recovery and Hostage-Taking Accountability Act, which was meant to give the US government more tools to support the families of hostages.

The call did not include families of Salah Soltan, an academic and legal US permanent resident and the father of human rights defender Mohamed Soltan, who is in prison in Egypt, or Hosam Khalaf, who has been held without a trial since 2017.

It also did not include the families of American Walid Fitaihi, a doctor who is under travel ban in Saudi Arabia, or the families of Salah al-Haidar and his mother Aziza al-Yousef, a prominent woman’s rights activist and US national who are all barred from leaving Saudi. The family of Badr Ibrahim, a US-Saudi journalist, was also not invited.

Some family members said they were angry about what they believed was a political decision to shift focus away from their own families’ plights because of Biden’s coming trip.

“The intentional and hypocritical cherry-picking of which ‘wrongful detention’ cases to raise or meet with is infuriating and discriminatory,” said one individual who spoke on the condition of anonymity. “The willingness of the US to expend its political capital in resolving wrongful detention cases is not consistent and is based on some arbitrary criteria: is your wrongfully detained family member detained in a country that is a foe or ally? Is it a picture-perfect case that is ripe for resolution?”

Another person said they felt their family’s plight was simply no longer a priority for the Biden White House.

The state department declined to respond to the criticism. An official said the department reviews cases under the Levinson Act to determine if individuals have been “wrongfully” detained.

“The review assesses the facts of the case against enumerated criteria, without regard to political factors such as the US relationship with the country of detention,” the state department official said. “We also continue to advocate for the immediate lifting of coercive travel restrictions for US nationals. We take our responsibility to assist all US nationals seriously, and we press for fair and transparent treatment in all cases.”

The statement, sent by email, suggested that the state department was differentiating between individuals who are considered hostages and wrongfully imprisoned, and those – like many US nationals in Saudi Arabia – who may not leave Saudi Arabia but have been released from prison.

The news came as rights advocates pointed to separate comments by Michael Alan Ratney, who has been nominated to serve as ambassador to Saudi Arabia, and recently said in congressional testimony that Saudi had made “a bit of progress” on “freedom of expression, the rights of women, judicial transparency”.

Seth Binder, director of advocacy at Pomed, which advocates for democracy in the Middle East, said those claims were unsubstantiated. He said that any decision to keep the families of detained Saudi and Egyptian US nationals off the Blinken call was troubling, and that Biden’s decision to meet with Mohammed bin Salman showed that “human rights concerns have been sacrificed for what they have determined are more important national security interests”.

Some advocates, who spoke on the condition of anonymity, said there were only dim hopes that the Saudis would agree to any human rights-related demands in exchange for Biden’s forthcoming visit.

Tags:AfricaEgyptInternationalMiddle East and North AfricaSaudi ArabiaUS foreign policyUS newsWorld news
previousMy mum is locked out of her Apple iPad and can’t get her photos
next‘Frankly it blew my mind’: how Tron changed cinema – and predicted the future of tech