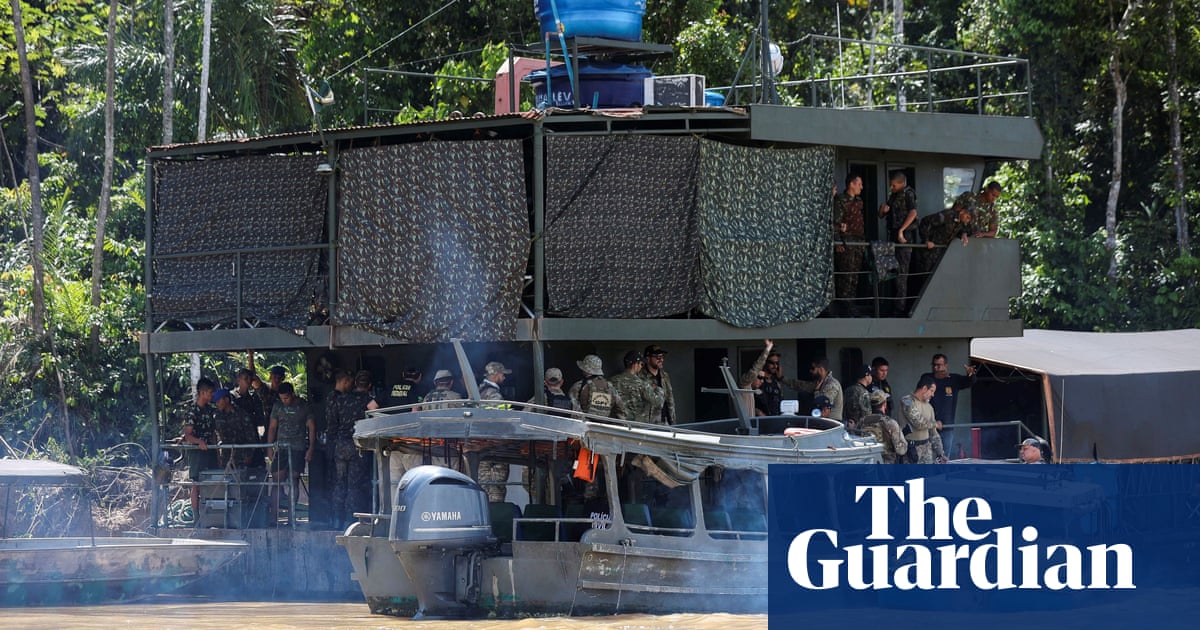 Boris Johnson has said the UK government is “deeply concerned” about the circumstances surrounding the disappearance of the British journalist Dom Phillips, after Theresa May called on the prime minister to make the case “a diplomatic priority”.

May raised Phillips’s case during prime minister’s questions, citing correspondence with Phillips’ niece Dominique Davis, one of her constituents. Johnson said the UK had offered to provide support to Brazilian search teams looking for Phillips and his travelling partner, Bruno Pereira, an Indigenous expert.

Phillips, a longtime contributor to the Guardian, and Pereira disappeared on the morning of 5 June while returning from a four-day reporting trip in the Javari region of the Amazon. Phillips’s family have said they have lost hope of finding him alive.

On Tuesday the Brazilian ambassador to the UK apologised to Phillips’ family for incorrectly telling them his body had been found in the Amazon tied to a tree along with that of Pereira.

Forensic teams have been examining an area where Indigenous volunteer searchers found items belonging to the two missing men on Saturday afternoon. But contrary to the information passed to Phillips’s family by the embassy, the men have yet to be found.

In the exchange in the Commons, May asked for the government to “make the case a diplomatic priority and … do everything it can to make sure the Brazilian authorities put the resources necessary to uncover the truth to find out what has happened to Dom and Bruno”.

Johnson said the government would provide any support needed to help discover the circumstances of the pair’s disappearance.

“We are deeply concerned about what may have happened to him,” he said. “[Foreign Office] officials are working closely now with the Brazilian authorities, the minister responsible has raised the issue repeatedly on the search and rescue effort with Brazil’s justice and public security minister. We have told the Brazilians that we stand ready to provide all the support that they may need.”

Police in Brazil said on Wednesday they had arrested a second man in connection with “the alleged murder” of Phillips and Pereira. Federal police said they had seized a number of bullet casings and an oar while executing two search warrants.