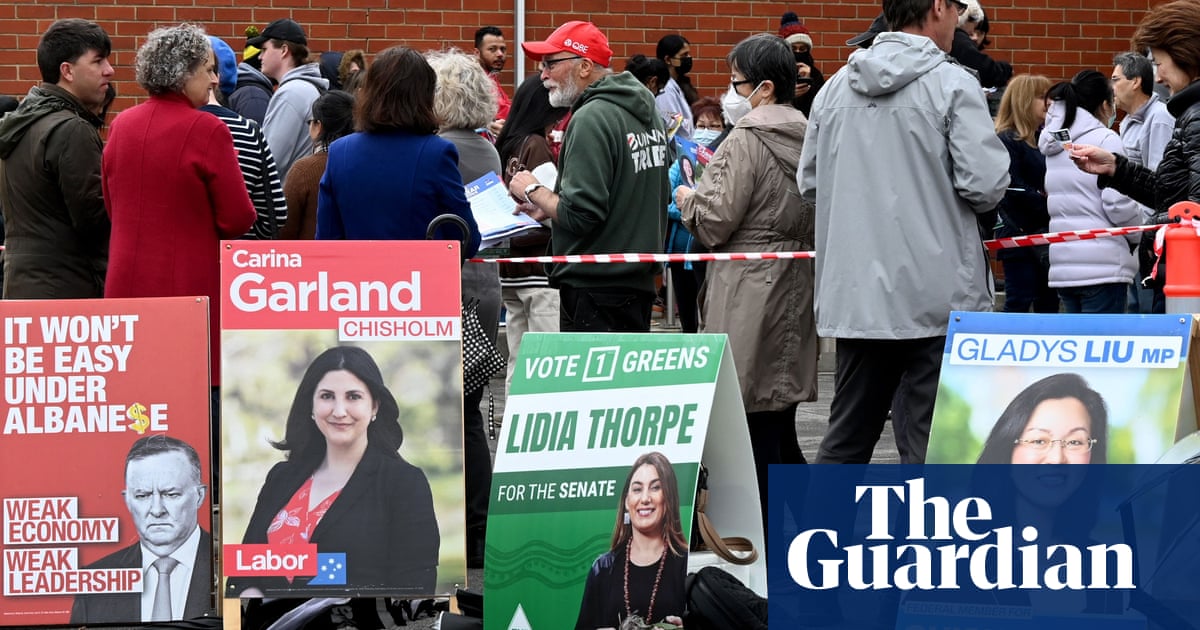 Eligibility for telephone voting will be expanded to allow Covid-positive Australians to vote in Saturday’s election.

On Thursday the Australian Electoral Commission admitted that more than 100,000 people had been caught by an anomaly that could have prevented them voting: they tested positive after the cutoff to apply for a postal ballot but too soon to qualify for telephone voting.

But on Friday morning the AEC said it had recommended problem be fixed to allow anyone who tested positive after 6pm last Friday to use telephone voting.

The fix follows strong criticism from Australians prevented from having their say in the election and a legal threat from the independent candidate for Kooyong, Monique Ryan.

Ryan, who is challenging the treasurer, Josh Frydenberg, had announced she would bring an urgent federal court case against the special minister of state, Ben Morton, to fix the issue.

Scott Morrison confirmed eligibility had been expanded to prevent disenfranchisement of Covid-positive people. Asked on Friday if he agreed all Australians should be able to vote, Morrison told 6PR Radio: “Yeah I do.”

“We’ve received that advice now, and they’ll be expanding eligibility to people who tested positive after 6pm last Friday, that’s the recommendation of the electoral commissioner.

“He’s worked through the logistics of all of that, what that means, on the call centres and all of those sorts of things, the practical issues that he has to be satisfied of.”

The government is now consulting with the opposition to get bipartisan approval to make new regulations expanding the eligibility for telephone voting.

Morton said the government had “immediately acted on advice provided by the AEC this morning”.

“Any voter who has tested positive for Covid-19 after 6pm Friday 13th May will be able to access the secure telephone voting service,” he said.

“It is important that every Australian who is enrolled and entitled to vote, be able to exercise their democratic right and this change ensures that.”

Earlier Morrison said: “We want to make sure Australians have as much opportunity as they should in a democracy to vote.”

He told ABC News Breakfast: “We will take [the commissioner’s] advice. It is not something for politicians to interfere in. We have an independent process, but we are ensuring the commissioner has every support that he can conduct the election in the best possible way.”

The Australian electoral commissioner, Tom Rogers, said: “The telephone voting service was legislated by Parliament as an emergency measure for individuals who had no other voting option once postal vote applications closed at 6pm on Wednesday.”

Rogers said the AEC “cannot change the eligibility criteria but have certainly heard the concerns expressed by members of the public who tested positive to Covid-19 prior to 6pm on Tuesday and had not cast an early vote or applied for a postal vote”.

“We have analysed the service’s take-up so far, our staffing levels and forecasts for use, and are in urgent discussions with Government about the concerns expressed by members of the public,” he said.

“This morning I have signed a brief recommending for the eligibility for the service be expanded.”