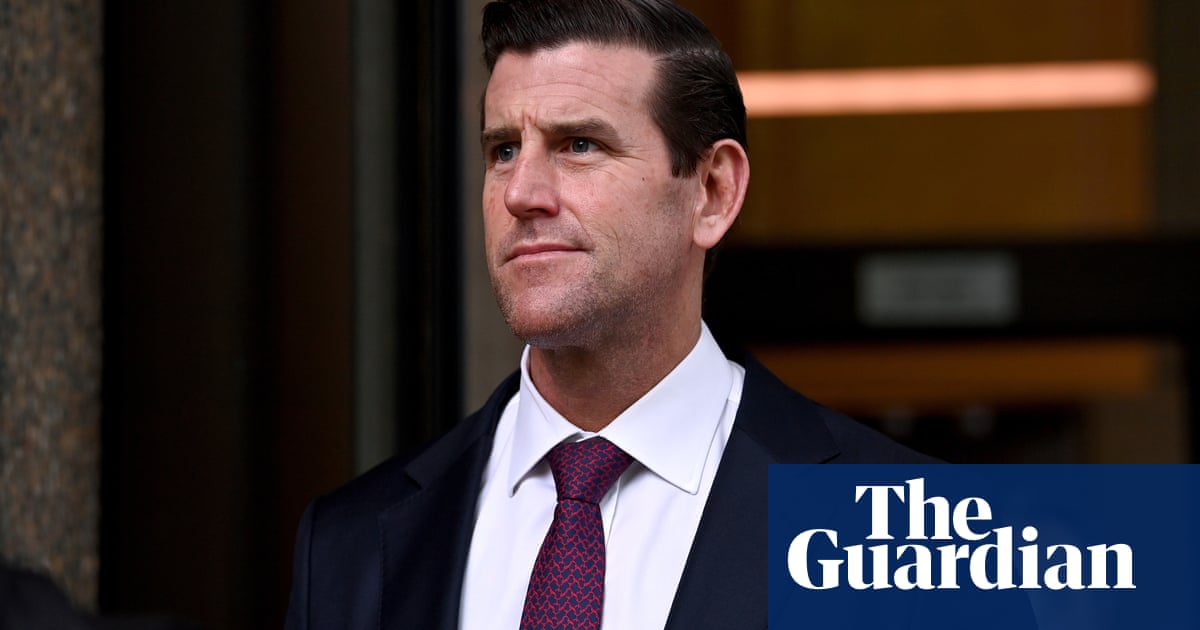 A former Australian soldier has objected to answering questions about how many SAS missions he went on under the command of Ben Roberts-Smith in Afghanistan in 2012, his lawyer telling the federal court his expected evidence could incriminate him in an alleged murder.

The soldier, anonymised before the court as Person 66, briefly began giving evidence late on Monday, subpoenaed to give evidence by the newspapers defending a defamation action brought by his former comrade and Victoria Cross recipient Roberts-Smith.

Three newspapers alleged in their defence that the soldier was ordered by Roberts-Smith to execute an unarmed prisoner in the village of Syahchow, in Uruzgan province, in October 2012.

Roberts-Smith alleges their media reports portrayed him as committing war crimes, including murder, as well as acts of bullying.

The newspapers are pleading a defence of truth. Roberts-Smith denies all wrongdoing.

Much of Tuesday is expected to be given over to legal argument about whether Person 66 will be compelled to answer questions about the SAS mission.

The newspapers allege in their defence that on the Syahchow mission Person 66 was “blooded” on the orders of Roberts-Smith, after they removed two unarmed prisoners from a compound where the men had been detained and took them to a nearby field.

Roberts-Smith allegedly ordered Person 66 to shoot one of the men. He allegedly complied with the order.

Roberts-Smith has denied the Syahchow allegation. Asked directly during his evidence last year if he had ordered Person 66 to execute a prisoner, Roberts-Smith said: “I did not.”

In the witness box late on Monday, Person 66 told the court he was temporarily attached to the SAS patrol commanded by Roberts-Smith in 2012.

But he refused to answer questions about missions conducted under Roberts-Smith’s command, telling the court he objected on the grounds of self-incrimination.

Person 66’s barrister, Jack Tracey, directed Justice Anthony Besanko to an outline of evidence served by the newspapers that detailed the evidence they expected Person 66 to give.

“If that evidence were given as … set out in that outline, then it would have the tendency to incriminate the witness,” Tracey told the court.

“The offence … would be an offence of murder.”.

Nick Owens SC, acting for the newspapers, also told the court he didn’t dispute Person 66’s lawyers claims that “if evidence is given in accordance with the outline, that that would be evidence which would tend to expose the witness to criminal liability for the crime of murder”.

Besanko said there were reasonable grounds for the objection, and told the witness that the court could grant a certificate under section 128 of the Evidence Act preventing his evidence being used against him in Australian courts. Person 66 said he was still not willing to give the evidence, requiring the court to consider whether it should require him to do so.

Owens told the court it was alleged Person 66 only went on one mission with Roberts-Smith as his patrol commander.

The court earlier heard evidence from the assistant defence minister, Andrew Hastie, who was a captain in the SAS in 2012 and also on the mission to Syahchow.

Under cross-examination on Monday, Hastie was asked what he believed had happened at Syahchow. “It’s my view that Person 66 was blooded,” he said.

The practice of “blooding” allegedly involves a new soldier being initiated into the regiment by being ordered to register their first “kill” on operation – allegedly often of an unarmed prisoner.

Hastie said that while he did not witness any prisoners being killed, he was disquieted by what had happened at Syahchow, based on a “mosaic” of observations on the ground and information from other soldiers.

Before deploying in command of an SAS troop the next year, Hastie told the court briefed his subordinates on the need to obey the laws of war.

“I believed something unlawful had happened at Syahchow in the weeks after, which is why I reinforced with my own troop standards [of adherence to rules of engagement],” he said on Monday.

Hastie said in evidence on Friday he remembered Roberts-Smith’s patrol using an interpreter to “tactically question” a number of Afghans up against a wall.

He told the court that after moving to a different part of the compound, he heard the words “shots fired” and “two Ekia” – enemy killed in action – over the troops’ radio, but that he didn’t hear any shots.

He said he later saw Person 66 in the compound at Syahchow “standing slightly off from the rest of the patrol looking nervous”.

He testified he also saw Roberts-Smith again on the mission. “Mr Roberts-Smith walked past me … and he looked me in the eye and said ‘Just a couple more dead cunts’,” Hastie said.

Under forensic cross-examination, Hastie denied having “made up” his evidence, or that his memories of the mission were false.

Hastie also denied he had been critical of Roberts-Smith to raise his own profile as a parliamentarian or that he had briefed journalists in the hope of receiving positive political coverage.

Tuesday’s hearing is likely to be largely dedicated to legal argument over Person 66’s objection to answering questions and whether he will be compelled to answer those questions.