Second of five whales brought from Canada to US aquarium dies 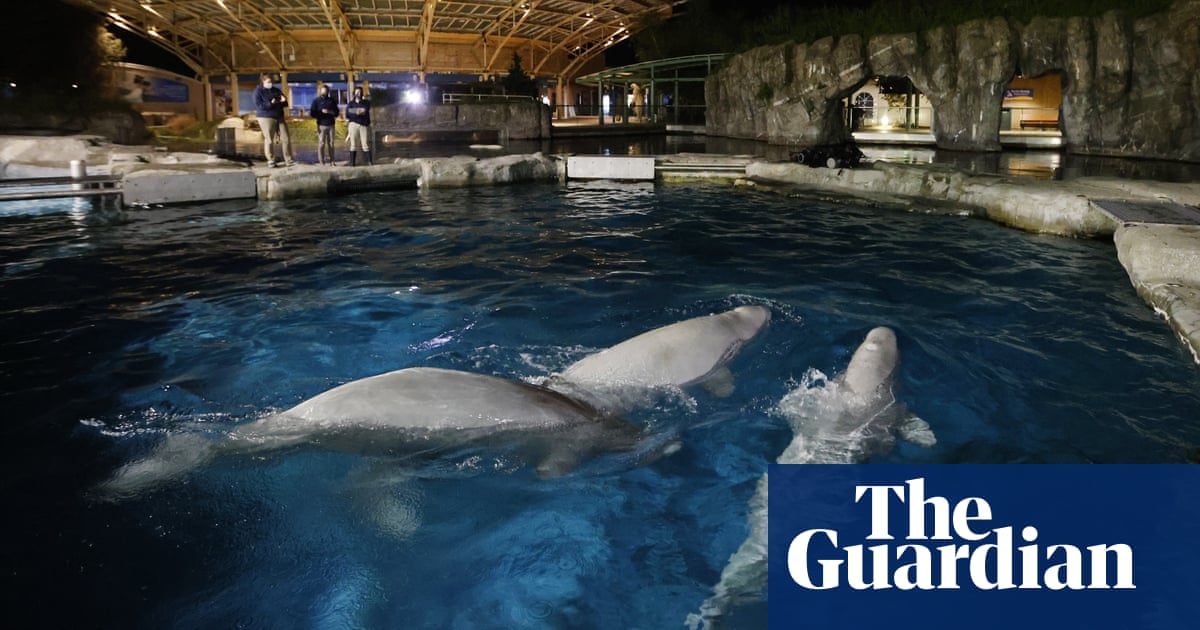 The second of five whales brought from Canada to Connecticut’s Mystic aquarium last year for research purposes has died.

The aquarium announced on its website that the female had been receiving intensive care for the past several months for multiple health issues but died early Friday morning. A necropsy was to be performed to determine the cause of death.

“Veterinarians and animal care experts at Mystic Aquarium, with the support of veterinarians and animal husbandry members from other aquariums worldwide, devoted the full capacity of their expertise to the whale, providing round-the-clock medical treatment, testing, and 24-hour monitoring,” the aquarium said in a statement.

A male beluga that had been named Havok, who had a pre-existing gastrointestinal issue, died in August.

The two whales were among five brought to Mystic last spring from Marineland, a themed zoo and amusement park, in Niagara Falls, Ontario, after a lengthy battle to obtain permits from both the US and Canadian authorities.

Animal rights activists had sued unsuccessfully to block the transport, alleging a permit granted by the US commerce secretary and National Marine Fisheries Service didn’t adequately address the potential harm to the belugas from being moved to Mystic.

The whales, which ranged in age from seven to 12 at the time of the transport, were born in captivity, and officials say they cannot safely be released into the ocean.

Mystic officials said at the time that the five whales left an overcrowded habitat with about 50 other belugas in Canada.

The Animal Welfare Institute, a Washington DC-based animal protection advocacy organization, called for an investigation into the deaths in a statement on its website.