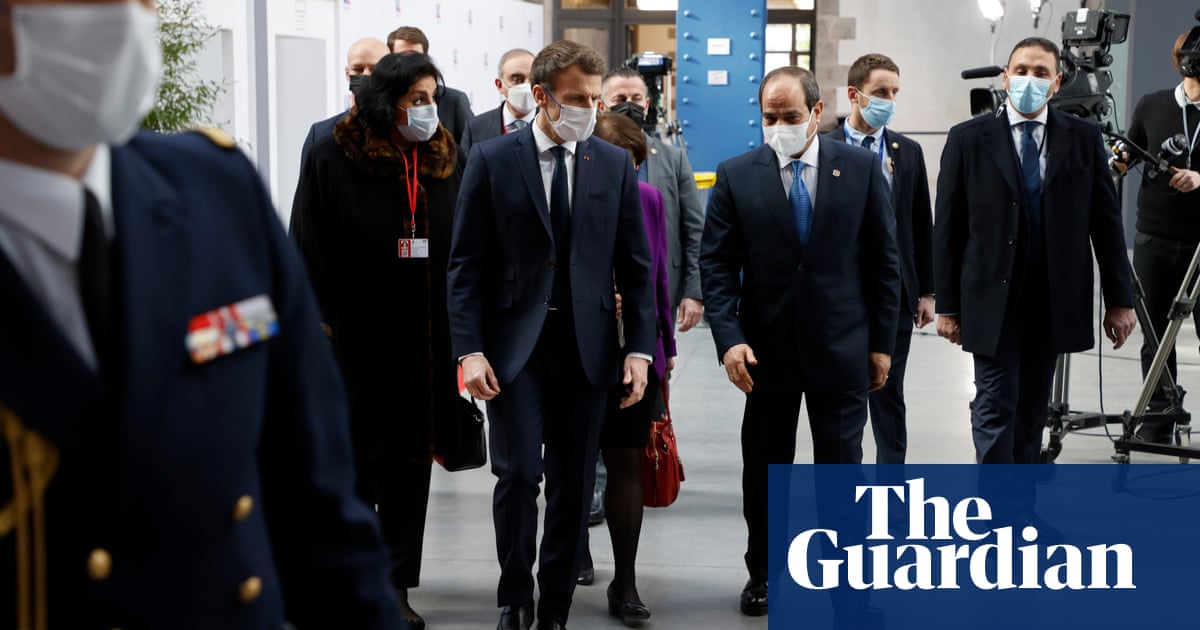 Representatives from more than 100 countries have committed to measures aimed at preserving the ocean from human harm, including stepping up the fight against illegal fishing, cutting plastic pollution and better protecting international waters.

The French president, Emmanuel Macron, hosting the high-level session of the One Ocean summit on Friday, said 2022 was “a decisive year, and we should take here, in Brest, clear and firm commitments.”

The US climate envoy, John Kerry, said it was “the ocean that makes life on Earth possible, produces more than half of the oxygen we breathe – and even that is at risk. The ocean and climate are inextricably linked. They’re one and the same.”

The 27 EU states and 16 others agreed to pursue a global agreement by the end of the year to regulate the sustainable use of the high seas – waters lying outside any one country’s jurisdiction – and preserve their biodiversity.

“We are so close, but we need to push [to get the treaty signed in 2022],” the European Commission president, Ursula von der Leyen, told the summit. The hope is for a fourth and final round of UN negotiations to reach agreement in New York in March.

Peggy Kalas, of the High Seas Alliance, said the announcement was “a timely and important commitment to protect our global commons”. But François Chartier, of Greenpeace France, said activists “expect concrete measures on conservation mechanisms and governance”.

While 30 more countries also signed up to the so-called 30×30 coalition, which launched in January 2021 and aims to protect 30% of the world’s land and sea by 2030, “clarifications are lacking on the level of protection for marine areas covered”, Chartier said.

France said it had exceeded the goal of classifying 30% of the land and marine spaces under its jurisdiction as protected areas after the creation of the world’s second largest marine protected area, around its southern and Antarctic lands.

The US said it would support opening talks at the UN for an international deal on plastic pollution, throwing its weight behind the EU27 and about 10 other countries.

The European Bank for Reconstruction and Development (EBRD) joined the European Investment Bank (EIB) and the French, German, Italian and Spanish development banks in a “clean oceans initiative” to reduce the 9m tonnes of plastic that end up in the ocean each year, pledging €4bn of finance by 2025.

Half a dozen more countries joined a “plastics economy global commitment” backed by the UN environment programme to help governments and businesses transition to a circular economy aimed at recycling or reusing 100% of all plastics.

Two more said they would ratify an agreement controlling fishing activities at ports where catches were landed, and several EU member states agreed to deploy their navies in overseas operations to step up surveillance of illegal fishing.

Meanwhile, 22 European shipowners committed to new targets to cut underwater noise, emissions, residues and oil discharge, 18 ports around the world undertook to reduce dockside emissions, and Mediterranean countries together with the EU said they aimed to turn the Mediterranean into a low sulphur emission zone by 2025.

France and Columbia announced a global “blue carbon” coalition to help finance the restoration of coastal ecosystems such as salt marshes, seagrass beds and mangroves that are capable of absorbing and storing large quantities of carbon.

French officials said the summit, attended in person or virtually by heads of state and government from 41 countries, marked the starting point of a series of key international meetings focused on the oceans, including the UN Ocean Conference in Lisbon in June and Cop27 in Egypt in the autumn.