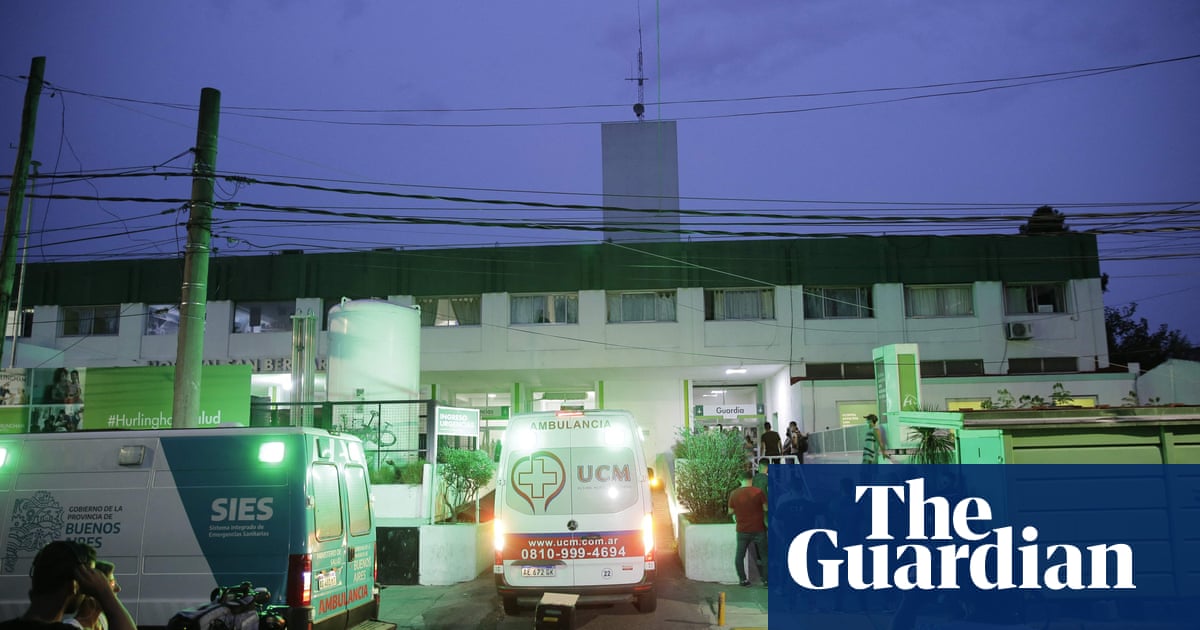 Authorities in Argentina are advising drug consumers to throw away any cocaine they may have purchased in the last two days after at least 20 people died after ingesting adulterated cocaine in the Greater Buenos Aires area.

Eighty-four others are are currently under intensive care, of which 20 have been intubated, but authorities fear the death toll could increase as further victims are found to have died alone at home.

Dozens of the victims were saved after they were intubated in intensive care units usually reserved for Covid patients, Buenos Aires province health minister Nicolás Kreplak said on Thursday.

“If it hadn’t been because of our pandemic preparedness, the number of victims would be far higher,” Kreplak told reporters outside the Bocalandro hospital where a number of patients are interned.

The tainted cocaine causes lethal cardiac and respiratory arrest in less than an hour, prompting authorities to issue an epidemiological alert warning the public not to consume any cocaine they may have purchased in the last two days.

Many victims have been taken ill almost immediately and died in their homes. Harrowing scenes of convulsing victims arriving at hospitals in private cars and being carried inside by relatives have been shown on television news and shared on social media.

Most of the victims seemed to be male and between the ages of 30 and 50, according to early reports.

Allan Santillán, 19, was rushed him to a public hospital on Wednesday morning after smoking the cocaine the previous night. “I woke up with my liver shot to hell, vomiting, and with stomach pains,” he told the Associated Press in a hospital interview.

Early speculation pointed to a turf war in which the cocaine could have been spiked by rival drug gangs trying to squeeze competitors out of the market. But that hypothesis is now giving way to the view that the tainted cocaine was cut with a poorly manufactured opioid.

“We have indirect evidence it was cut with an opioid, because patients who receive the opioid antidote [naloxone] recover very quickly,” said Buenos Aires security minister Sergio Berni.

The minister speculated that the opioid may have been poorly manufactured in a drug “kitchen” rather than stolen from a pharmaceutical company because of its deadly effect.

Paraguayan drug dealer Joaquín “El Paisa” Aquino was arrested overnight and authorities speculated he could be connected to the tainted drugs.

In the operation, police seized 15,000 packages of cocaine in magenta polythene wrappers, similar to those which survivors of the tainted drugs had purchased.

“In principle, it would seem that it is the same batch and the same substance, but this is all preliminary, there is nothing definitive,” Buenos Aires crime secretary Francisco Pont Verges told the press.

Officials said the victims had purchased the cocaine at drug dens in Puerta 8, a low-income district in the Greater Buenos Aires area.

“It is a regular place for retail drug sales and it has been raided several times,” said prosecutor Marcelo Lapargo.

“But we are now talking about an event of a different nature, because one thing is the sale of drugs at these dens … and the death of so many people is quite another. We are extremely anxious today to tell those who are in possession of this poison that they should not consume it.”

Cocaine consumption is high in Greater Buenos Aires, where 200,000 individual doses are sold each day among a population of about 15 million people, according to media reports.

The illegal drug business accounted for $1.1bn in sales in Argentina during 2017, according to the most recent studies, the daily Infobae reported Thursday.