Home » Politics » Boris Johnson: nobody warned me No 10 party was against the rules

Boris Johnson: nobody warned me No 10 party was against the rules 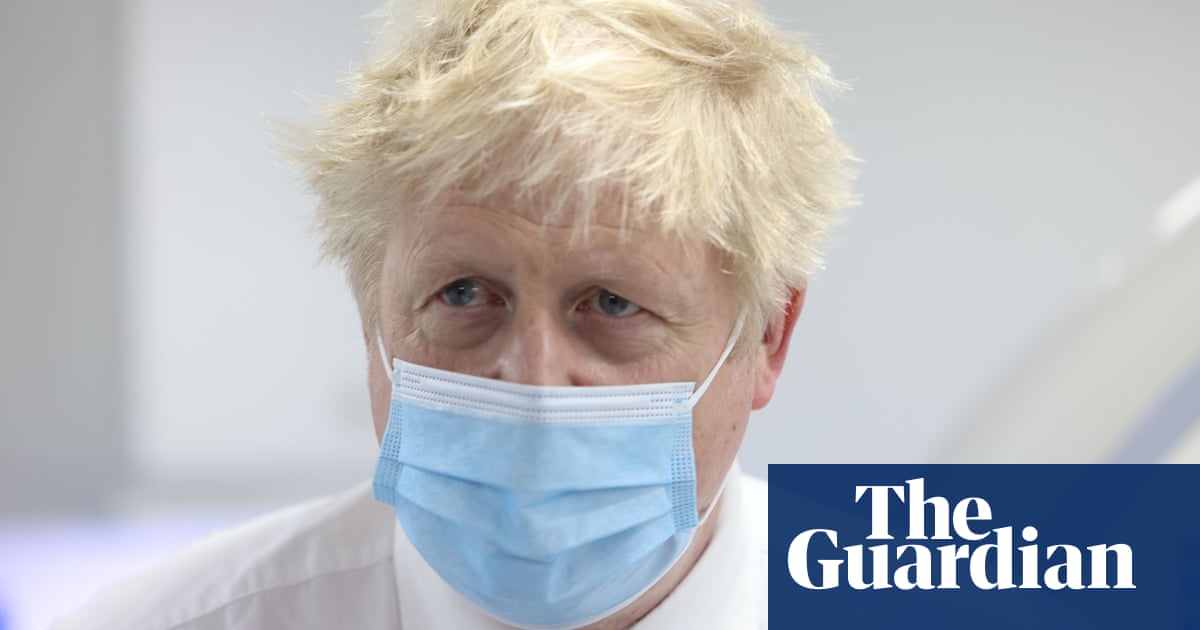 Boris Johnson has claimed “nobody warned me it was against the rules” for a drinks party to be hosted in Downing Street during the first lockdown, but also refused to deny the possibility he could resign should he be censured by the inquiry into rule-breaking.

The prime minister, speaking publicly for the first time in almost a week, said he “hoped people would understand the circumstances we were operating in” at No 10 during the first lockdown.

In the interview, Johnson confirmed he had been interviewed by the senior civil servant Sue Gray for her inquiry into lockdown parties. She is expected to report next week.

The prime minister also confirmed he had apologised to the Queen after it was revealed staffers held a leaving party – including wheeling in a suitcase filled with alcoholic drinks – the day before Prince Philip’s funeral when the Queen was required by coronavirus restrictions to sit alone.

After Cummings’ latest allegations, Johnson explicitly denied he had been warned not to hold the event.

Asked if he would resign should Gray conclude that he had misled MPs about his knowledge, Johnson did not demur.

He said: “We’ll have to see what she says. And I think that she should be given the space to get on and conclude her inquiry and I would urge everybody who has knowledge of this and … memories of this to tell her what they know.”

Johnson admitted to parliament last week that he attended drinks in the Downing Street garden on 20 May 2020 but claimed he had not realised it was a social gathering.

Cummings wrote a blogpost on Monday challenging that account. He said he told Martin Reynolds, a senior official, that the invitation broke the rules and claimed Reynolds replied: “So long as it’s socially distanced I think it’s OK, I’ll check with the PM if he’s happy for it to go ahead.”

Cummings said in his blogpost: “Not only me but other eyewitnesses who discussed this at the time would swear under oath this is what happened.”

Looking distressed, Johnson insisted repeatedly he had believed it to be a work event and had not been warned that he should cancel the gathering – but said he would have put an end to the drinks party in retrospect.

“My memory of this event, as I’ve said, is going out into the garden for about 25 minutes for what I implicitly thought was a work event and talking to staff, thanking staff, I can’t remember exactly how many – but for about 25 minutes I was there. I then went back to my office and continued my work.

“If I had my time again, I would not have allowed things to develop in that way. And when I went out into that garden, yes, I should probably have told people, I should have looked around and said ‘well, we’ve got to go back indoors,’ or ‘this isn’t the right way to do things.’”

When asked how he had apologised to Buckingham Palace over a separate event held for his departing communications chief, James Slack, now deputy editor of the Sun, Johnson took several deep breaths before saying: “I deeply and bitterly regret that that happened.I can only renew my apologies both to Her Majesty and to the country for misjudgments that were made, and for which I take full responsibility.”

Johnson, who was asked repeatedly if he would resign, made clear that was a possible outcome after the report’s publication.

“I repeat my apologies for any and all misjudgments that were made, for which I take full responsibility, but I think people do need to wait and see the conclusion of the report, and I will draw the necessary consequences and conclusions but then come back to the House,” he said.